CISA is proud to present Representative Stephen Kulik with a special Legislative Hero Award in honor of his 25 years of unwavering support for local agriculture and of efforts to build a stronger local food system. Here are CISA Special Projects Director Margaret Christie’s remarks from CISA’s Annual Meeting on April 12, 2018, when Representative Kulik received the award. 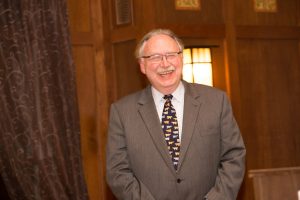 I am delighted to present CISA’s first Legislative Hero Award to Representative Steve Kulik. Steve has represented Massachusetts’ First Franklin District since 1993—he’s celebrating his 25th year, just like CISA! The district encompasses 19 towns in three counties, and Steve has been a frequent and welcome presence in town halls, meeting rooms, businesses, and events in all of those towns for a quarter century!

Steve has taken a keen interest in the day-to-day details that make rural towns work, probably because he started off as a member of the Select Board in the rural town of Worthington. He’s paid attention to issues like education, transportation, energy, communication, and economic development, and he recognized from the beginning that agriculture and food were a critical part of the health of these communities. Steve has had an essential role in many of the long-standing state programs that support local agriculture: the Agricultural Preservation and Restriction Program, the Community Preservation Act, the Dairy Farm Tax Credit. Steve introduced the legislation that created the Massachusetts Food Policy Council, and that led to the Massachusetts Local Food Action Plan. Steve has been critical in getting expanded state funding for the Healthy Incentives Program into the budget.

Just in this legislative session, Steve has introduced six agriculture-related bills. I can’t tell you about all of them, but reading them makes clear how well Steve understands the many factors that impact farm businesses. I’ll give you just two examples—one bill gives farmers more flexibility for taking farm vehicles for short distances on the road, and one makes sure that farmers have input when town boards of health write regulations that effect farms. Just reading the bills is a reminder of how much we will miss Steve’s understanding of agriculture.

I also want to recognize the quality of Steve’s staff. For several years, Steve’s western Massachusetts office was in CISA’s building in South Deerfield. This meant we saw Steve occasionally, but more than that, it meant that we had the pleasure of interacting with his long-term staffer, Paul Dunphy, every day. I want to make sure to note that Steve’s hard work, attention to detail, and care for his constituents and their concerns was reflected by his staff.

When I asked a couple of CISA staff members what stood out for them about Steve, our Program Director Kelly Coleman said, “Steve taught us how to advocate at the state level.” She mentioned that once, long ago, in the early days of our Senior FarmShare program, we missed a deadline in the process of getting the funding for the program was included in the budget. We called Steve in a panic, and he was able to get the money in the budget, but he called us back and said: “Don’t ever ask me to do that again. These are the steps that you need to take, and this is when you take them.”

We will miss Steve at lots of different times in the coming years—during Monte’s march, and during budget season, and when a farmer calls us with a problem that we know Steve’s staff can help solve. But more importantly, all of us—farmers and residents in Steve’s district and across the whole Commonwealth—are better off because of his 25 years of dedicated service. Thank you, Steve.