All About Fiber Farms 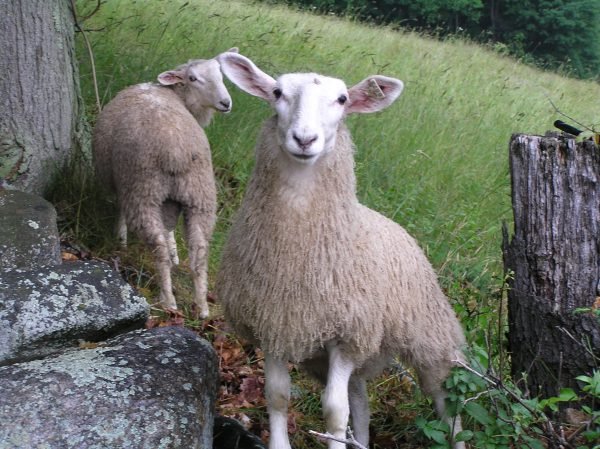 When you think about local agriculture, your mind probably veers towards fields of vegetables, hilly orchards, and local meat and cheese. But what about fiber farms?

And no, not a farm that grows fibrous foods like kale!

We’re talking about farms that raise animals, including sheep, angora rabbits, goats, and llamas, for their fleece. Massachusetts has over 50 such farms specializing in fiber, producing over 60 thousand pounds of fiber per year. Another 750 smaller-scale producers raise livestock for fiber in addition to their focus crop, such as food or dairy. The largest among the fiber farms has up to 300 animals.

There is a diverse variety of fiber-producing animals in the United States, such as goats, sheep, rabbits, llamas, and alpacas. The angora goat produces about five pounds of mohair per shearing, which occurs twice a year. Texas produces 90 percent of the state’s mohair, making the United States a top producer of angora fiber, right behind South Africa who is at number one. Mohair is too fine to felt, but it holds dye with ease and offers a high quality product for clothing. In contrast, a llama produces a thick, coarse hair that is typically used in rug production rather than clothes. Most animals, such as breeds of sheep like Kahtadin, have dual purposes that are used in boosting the farm economy, offering both meat and wool fiber. According to the 2012 Census of Agriculture, 115,000 farms in the United States raise goats and sheep, resulting in 31.7 million dollars in sales.

Fiber farming makes up a small percentage of agricultural production here in Massachusetts, but it fills a valuable niche for farmers. Most fiber-producing livestock thrive on land that is too hilly, rocky, or shaded for field crops, enabling farmers to make use of marginal land, and fiber production gives farmers the financial benefit of a high-value, non-perishable product. 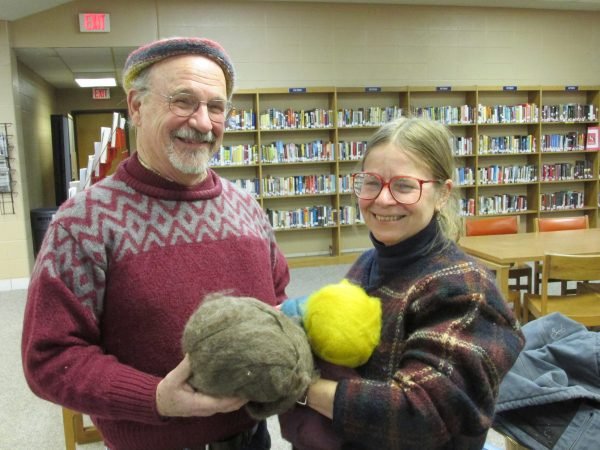 Jill Horton-Lyons and Jim Lyons were focused on meat production when they started Winterberry Farm, now in Colrain. “But once you start spending time with sheep, you realize what an opportunity their fiber offers,” explains Jill. “The benefits offered by keeping grazing animals revealed themselves over time, too. The wonderful thing about sheep and goals is that they are great for the land, and they can be used for land reclamation.” Today, Winterberry Farm raises a range of animals for meat and fiber, and Jim and Jill run educational programs and host public events. 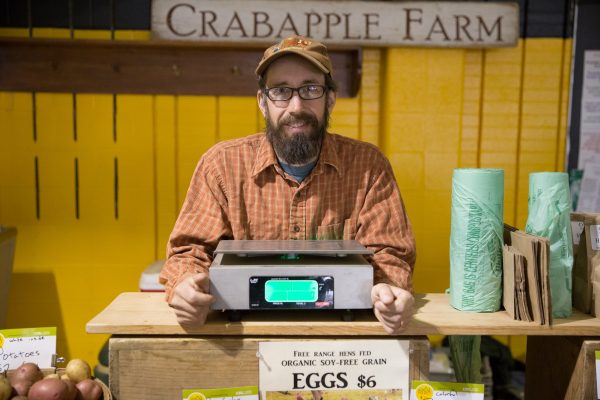 Choosing locally raised fiber doesn’t just benefit the farmers who produce it, although it certainly does that! If you’re passionate about knitting, spinning, felting, or any other fiber arts, you know that choosing the right materials is the single most important factor. So maybe there’s a farm around here raising a sheep breed with the perfect fleece for your spinning project, or a farmer whose color aesthetic perfectly matches yours. Local fiber has one thing in common: the material that every farm produces is entirely unique to them. So get to know your local fiber farmers! We’ve got a list of fiber farmers here, and there are several annual events, including the Massachusetts Sheep and Woolcraft Fair, happening in Cummington on May 27th and 28th, and The Fiber Festival of New England, which happens every November at The Big E.