The COVID-19 crisis was impossible to ignore because of the speed with which it upended every facet of our lives, along with its duration, and the global scale of its devastation. We are living through the early stages of another crisis — one with no end and which is going to be global and all-encompassing in its scale, although its creeping impacts on most American’s daily lives makes it easier to ignore: climate change.

Of course we shouldn’t be ignoring climate change, and many of us are not — climate scientists and activists have been ringing alarm bells for decades, and global leaders are focused to varying degrees on taking action. And climate change is becoming more visible as extreme weather events become more frequent — just this month, news sources brought warnings about severe drought in the American West and the terrible forest fire season that is likely to come.

Here in the Northeast, farmers can see and feel the impacts of climate change. At CISA, farmers tell us how things have changed: shifting planting seasons and growing schedules, increased pest and disease pressure due to warmer winters, and more extreme, damaging weather events.

The federal government’s Fourth National Climate Change Assessment, released at the end of 2018, supports these observations. Average annual temperatures in the state have increased nearly 3 degrees over the past century, and over the next two decades, the Northeast is predicted to experience the most significant warming in the contiguous United States. The past 10 years have been 13% wetter than the long-term average, and the number of extreme precipitation events (days with more than 2 inches) is up 30%.

Before COVID-19 hit, we were warned that a new pandemic was likely — until 2017, the Department of Homeland Security ran an annual analysis of pandemic models and their likely impacts. Still, when the crisis came, we weren’t ready. The Trump administration’s inadequate response failed to control the spread of the virus, provide necessary equipment to hotspots, and limit the effects of the pandemic on the economy, small businesses, and especially low-wage workers.

While the former administration’s response to COVID-19 was extreme in its dishonesty and inaction, what indication do we have that the Biden administration, or any future administration, is prepared to fully address the crisis that climate change promises to bring — either to mitigate its extent, or respond to its impacts?

COVID-19 losses were not borne equally in the United States. The AP reports that “the Centers for Disease Control and Prevention, adjusting for population age differences, estimates that Native Americans, Latinos, and Blacks are two to three times more likely than white people to die of COVID-19.” The Pew Research Center also reported in the early days of the pandemic that Black and Hispanic Americans were the hardest hit by wage and job loss, which were compounded by racial discrepancies in multi-generational wealth and savings.

Environmental issues also disproportionately affect Black and brown Americans, from air quality to clean water access, and research predicts that the poorest communities will suffer the most economic harm due to climate change. COVID-19 both intensified and highlighted the ways that race and class make people more vulnerable to a crisis — will those lessons inform climate change responses with an eye towards greater equity?

Local farms need to make changes to adapt to climate change, and they also have an important role to play in climate change mitigation — both of which require costly investments that farmers need support to make. The National Sustainable Agriculture Coalition, of which CISA is a member, is advocating that the federal American Jobs Plan must include funding that will help farmers tackle the climate crisis — investing immediately in renewable energy and sustainable growing practices on farms while conducting large-scale research on climate and agriculture.

At CISA, we’re hiring (as in, the job is open! Details at buylocalfood.org!) a new Farm Business Support team member to support farms in the Valley with climate change adaptation and farm sustainability.

The past 16 months have been a trial, and a sobering glimpse into the future. While climate change doesn’t start and stop with agriculture, a comprehensive response to the looming crisis must include farms — both to reduce the impacts that farms have on the climate, and to ensure that they can survive a changing climate and keep our food supply secure.

Claire Morenon is the communications manager at CISA (Community Involved in Sustaining Agriculture). 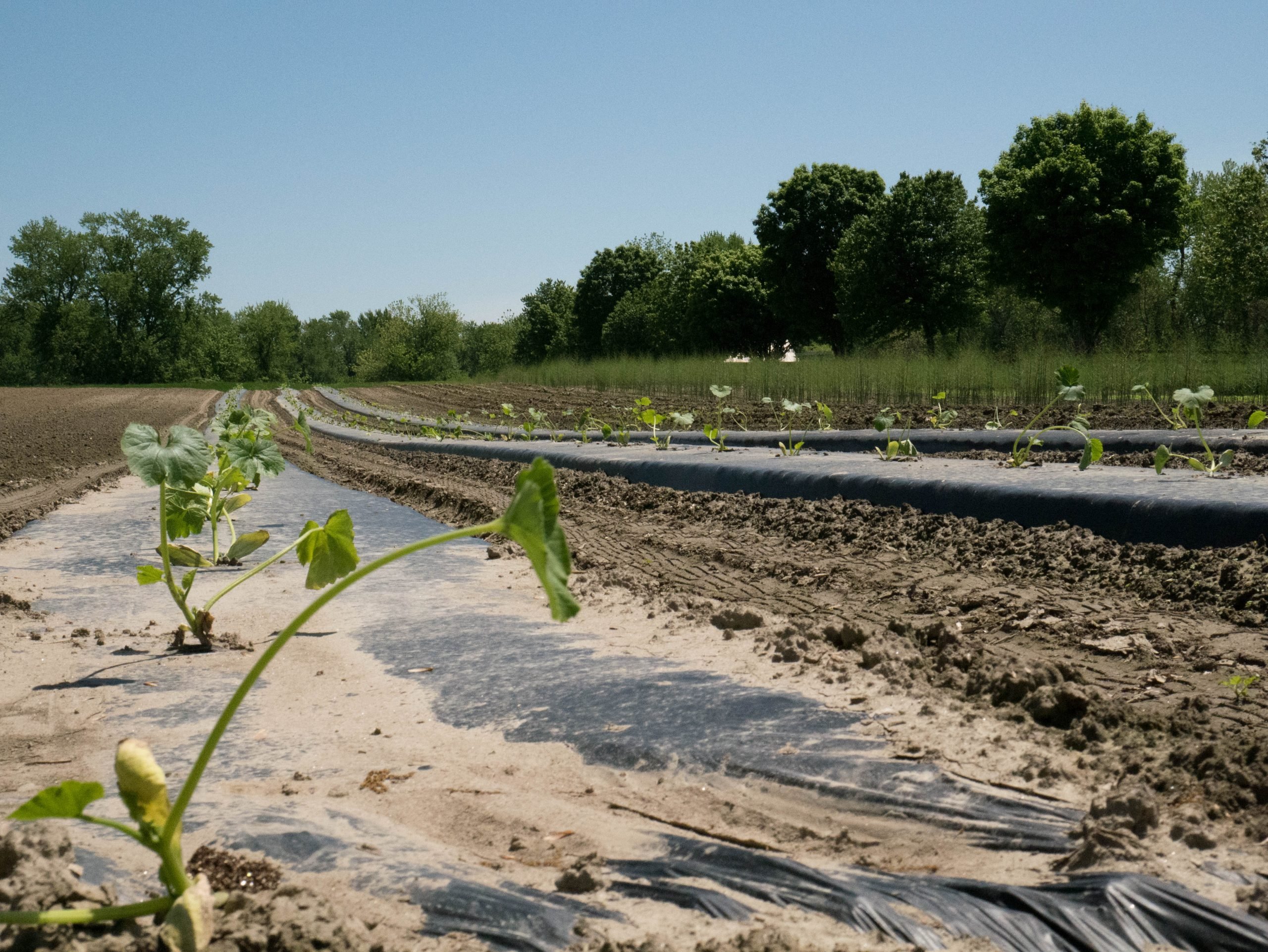