When you hear the word “farm,” what imagery comes to mind? Odds are you’re picturing the beautiful landscape of Northeast agriculture: tidy rows of crops, old tobacco barns, cows grazing in rolling pastures and round bales of hay neatly wrapped and stacked.

Cows, pastureland, hay fields, milking barns — the visibility of these elements of dairy farms remind us how central dairy production is to agriculture in the state and the region. Dairy farms have an outsized impact within our local food system: they steward 18 percent of agricultural land and account for 14 percent of agricultural sales, despite the fact they make up less than 2 percent of the farm businesses in the Pioneer Valley region. 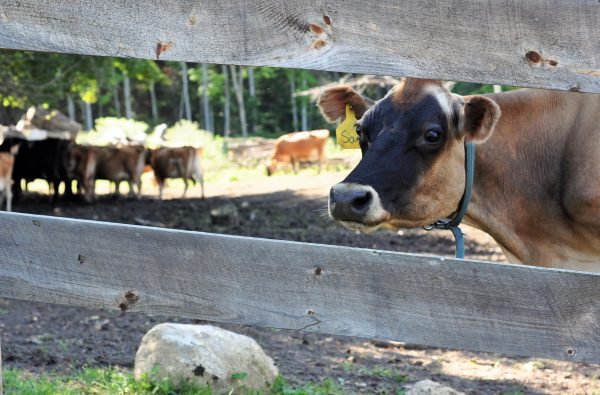 Troublingly, that already tiny percentage has been falling in recent years. The Boston Globe reported earlier this year that New England has lost more than 10,000 dairy farms in the last 50 years, and that two-thirds of Massachusetts dairy farms have been shuttered since 1997.

This is a profound loss that can’t be understood only by the numbers: it’s the loss of centuries of farming tradition and knowledge, of farmland and open space, and of an industry that has been the backbone of agriculture in our region. It’s a deeply personal tragedy to the farm families who work hard every day, produce tons of high-quality milk and are still faced with an impossible financial calculation.

The reason for these losses is simple: dairy farmers are not paid enough to cover their costs. The reasons behind that core problem are where things start to get complicated.

For a host of historical and practical reasons, most of the dairy farms in the state sell their milk wholesale. We are truly lucky to have local dairies that have navigated the regulatory and financial hurdles to produce cheese, yogurt, and their own bottled milk for sale directly to consumers. But those hardy few represent just a sliver of the dairy industry in Massachusetts.

The majority of the milk produced here travels through an extremely efficient and well-managed wholesale system. Massachusetts dairies produced 24.5 million gallons of milk in 2017, and that enormous volume flows to regional processing facilities and regional markets with minimal waste. Wholesaling their milk frees farmers from having to process and market that milk individually, and ensures a steady, regionally produced supply for consumers.

So with productive farms and an efficient wholesale system, where’s the problem? It lies with the price. The wholesale price for milk is set on a federal level using a deeply complex system, based on how demand for a range of dairy commodities interacts with international supply, and influenced by bidding at the Chicago Mercantile Exchange and some federal price support programs.

In recent years, wholesale prices for dairy have stagnated, creating a devastating gap between the cost of milk production and the amount farmers are getting paid for their milk. The consequences of this have been severe, especially in Massachusetts where costs, from land and equipment to labor and feed, are higher than they are elsewhere in the county. 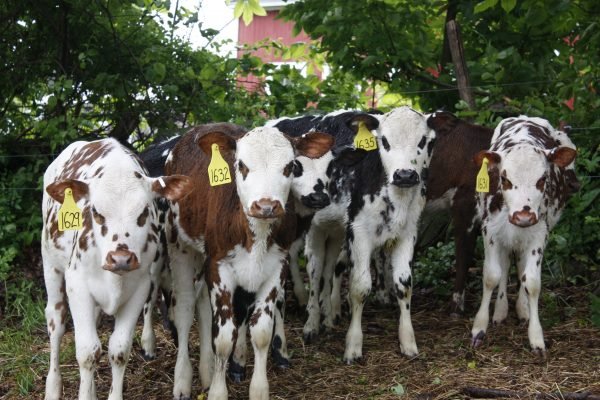 The state and federal governments have implemented stopgap programs like the Dairy Farmer Tax Credit Program and the Dairy Margin Protection Program, but these solutions don’t go far enough to stem the loss of dairy farms.

A proposed, and much-needed, increase in the funding for the state dairy tax credit program is currently under discussion; the state Senate failed to pass a budget amendment to match the increase approved by the House, and a conference committee is working toward a final proposal.

The dairy industry looks very different in Canada, which has implemented a supply management system that is designed to guarantee a fair and sustainable price to dairy farmers. This system enjoys widespread support in Canada, despite the higher prices consumers pay for milk.

While the flaws in the U.S. system can feel too complex and entrenched to address, the Canadian system demonstrates that a system that supports farmers is possible with enough political will behind it.

Local advocacy efforts, from establishing “right to farm” communities to pushing for a more localized system of price supports, can help our dairy farms stay afloat.

You can ask candidates for public office what action they plan to take to support local dairy farms and encourage them to take this issue seriously.

You can also get to know the dairy farms near you that have farm stores and ice cream shops, and support these small businesses as they work to preserve the productive, important and proud tradition of dairy farming in Massachusetts.

Claire Morenon is the communications manager at Community Involved in Sustaining Agriculture in South Deerfield.