The Daily Hampshire Gazette, May 28, 2018, by Claire Morenon

How much should food cost? The answer may seem simple: less! But if we pay less for food than it costs to grow, who bears that difference?

This is largely the result of a half-century of federal policies focused on shifting food production away from smaller, more diversified farms growing food for regional markets to massive farms growing only one or two crops for a global market.

This might seem like a success story, but the negative consequences are clear. Nationally, we’ve lost more than 620,000 farms over the last 50 years as land ownership has become concentrated in the hands of a politically powerful few. Modern agribusiness is typified by environmentally damaging growing practices and inhumane treatment of animals.

Agricultural workers have been exploited since the early days of our nation, and too many of today’s farm and food-system employees work in unsafe conditions for unconscionably low wages. We don’t pay the full costs of our current food production system at the grocery store — instead, they are borne by workers, farm animals and our air, soil and water. 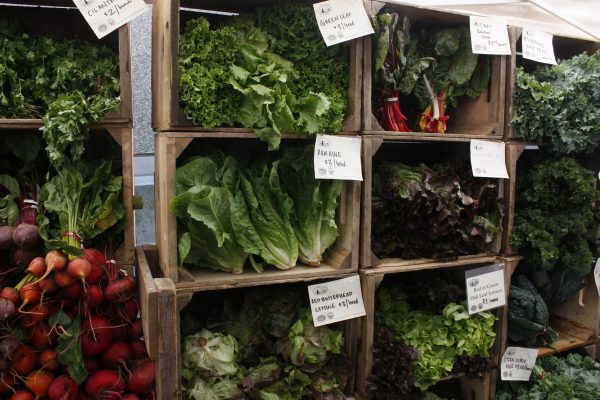 Falling food prices have put the squeeze on farmers, and local farmers are especially under pressure. The average farm income in Massachusetts has fallen by nearly 60 percent in the last 50 years.

Farms in the Northeast have notably higher productions costs than farmers do in other regions. The Massachusetts agricultural minimum wage is higher than the federal minimum wage; land values in our state are among the highest in the country; and agricultural services and inputs are more expensive here than they are in the most agriculture-heavy states. Many local farmers struggle to compete on price with food produced in a global system that doesn’t value workers or the land.

Massachusetts dairy farmers are in a uniquely perilous position, and their challenges highlight the problem inherent to pricing structures that do not cover costs. Unlike produce and meat, most milk is sold wholesale, and the price farmers get for their milk is set federally through a notoriously complex system. In recent decades, wholesale prices for dairy have stagnated, creating a significant gap between the cost of milk production in the Northeast and the amount farmers get paid for their milk. Since 1997, nearly two-thirds of Massachusetts dairies have stopped producing milk.

The solution to these challenges can’t simply be higher food prices. Hunger is a pressing issue, and in Franklin, Hampshire and Hampden counties, 9.7 percent of the population is hungry or, to use the official term, “food insecure.” That’s just over 68,000 of our neighbors, a third of whom are children, who don’t always have enough food, or can’t access nutritionally adequate food.

And these numbers have grown, even as the cost of food has fallen. In 1968, approximately 5 percent of the national population was dealing with hunger, while today it is 12.7 percent.

The food we grow should sustain all of us by providing a reasonable income to farm owners and workers, offering healthy and delicious food to all, and protecting the environment our children will inherit. To achieve these ends, more money needs to flow to farmers and to workers throughout our food system.

We see three approaches to reaching this goal, and the first (and most complex) is to address the growth in wealth inequality. Second, those of us who have some wiggle room in our budgets can choose to prioritize purchases from local farmers who are working to improve our food system. Third, we can support programs that help residents with low incomes access to healthy food.

HIP, the Healthy Incentives Program, is one example of such a program, offering an instant rebate to Massachusetts Supplemental Nutrition Assistance Program customers when they purchase produce directly from local farmers.

As of May 23, HIP has been reinstated after a budget shortfall caused its suspension, and advocates are pushing for more state funding for the program in the fiscal year that starts July 1. Programs like HIP are a model for how local food can be made more available to low-income households without pushing the cost onto local farms.

If you’re a person who is fortunate enough to have some flexibility in your food budget, consider this win-win-win scenario: choosing local food ensures high quality, fresh food for your table and provides vital support to local farmers, and paying the true cost of food pays dividends to all of us in the form of a stronger local economy.

Fueled by that great local food, we can work together to achieve the systemic changes that will allow strong local and regional food systems to offer good jobs, protect the environment and provide good food for all.