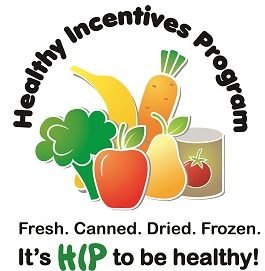 We live in a broken community. How is it possible that Massachusetts has the ninth strongest economy in the United States and is home to nearly 8,000 farms, yet more than 700,000 of our state’s residents struggle with hunger — including almost 14 percent of children?

Wouldn’t it make sense to help local farmers sell their products to families who are hungry?

This is exactly what Massachusetts has been doing. Over the last 11 months, Massachusetts has been at the forefront nationally with an innovative initiative called the Healthy Incentives Program (HIP). It connects families facing hunger with local farms by providing a monthly incentive to households that receive the Supplemental Nutrition Assistance Program to purchase local fruits and vegetables.

When a family uses their SNAP card to purchase produce directly from a local farm, the amount of their purchase is added back to their SNAP account, up to a limit of $40 to $80 per month depending on family size.

HIP has been an enormous success. The Massachusetts Department of Transitional Assistance, which administers the program, was right in recognizing both the widespread food insecurity facing residents of the commonwealth and the desire for healthy food. By enlisting farmers to fill this gap and by working closely with other state agencies and community partners, including “Buy Local” advocacy organizations and the food banks, DTA has created a strong program that has benefited thousands of families and farmers.

But we have hit a snag. The demand for healthy, locally grown food has been so great that the federal U.S.Department of Agriculture monies that supported the program have been spent down in less than a year, rather than the projected three-year grant period.

Massachusetts now has a choice to make. We can either accept the loss of a program that has had an immediate, positive impact on hunger, the viability of farms and the local economy. Or, we can step up and help families in need of nutritious food continue to purchase healthy produce directly from local farmers.

HIP is an investment with returns that resonate throughout our community. Since April, more than 36,000 Massachusetts families — over 60,000 individuals — participated in HIP. It is estimated that HIP enabled participants to eat 1.4 servings of fruits and vegetables per day.

This increased access to fresh food is important because the link between a healthy diet and lower health costs has been well established. Yet many low-income communities are awash in fast-food establishments, while residents lack access to fresh produce.

SNAP benefits are inadequate, averaging only $1.40 per person per meal. HIP has increased the buying power of SNAP households while providing them physical access to fresh food, thereby increasing the overall health of the population.

More than 200 local farms participated in HIP, resulting in a sales boost of $3.3 million. This $3.3 million in new revenue has had an economic stimulus effect of over $3.6 million for the state. As sales grew, farmers were able to make such investments as adding hoop houses, hiring more workers, and increasing workers’ wages. David Paysnick of Rainbow Harvest Farm in Greenfield saw his sales double because of HIP, enabling him to hire three new employees.

HIP has also built new connections between farmers and a broader swath of the community. Sarah Voiland, co-owner of Red Fire Farm in Montague and Granby, says, “When the program started, we saw an influx of new customers. It means a lot to our staff to be able to help people get access to produce that they didn’t have before, and it’s made some of the farmers’ markets we attend financially viable for us again. HIP created a win-win for supporting local agriculture and improving access to healthy food for people who are lower income.”

Every one of the 60,000 participants in the program has a personal story to tell about its impact. HIP made a meaningful difference for Rebecca Martin, a domestic violence survivor who is raising two children on her own. Rebecca used her first monthly HIP allotment to buy seedlings and started a family garden. The next month she used her HIP incentive to cover the cost of a summer farm share. Together, her family spent time outdoors gardening and at the farm, and her children shared their excitement about garden vegetables with other kids.

The state needs to step in to fund the continuation of this successful program. The governor’s budget for fiscal year 2019 includes $1.35 million, the same sum provided by the Legislature for the current fiscal year, which would keep the program running for only six to eight weeks beginning July 1. Advocates, farmers, and SNAP consumers are urging the Legislature to increase support of the HIP program from $1.35 million to $6.2 million.

You can make a difference. Contact your state legislators and ask them to fund HIP at $6.2 million in the fiscal year 2019 budget.

For more information and to find your state legislators, go to the Massachusetts Food System Collaborative online at mafoodsystem.org/projects/hip-indivs/.

Mia Kortebein is the program coordinator for Community Involved in Sustaining Agriculture in South Deerfield, and Philip Korman is its executive director. Christina Maxwell is director of programs for The Food Bank of Western Massachusetts in Hatfield.