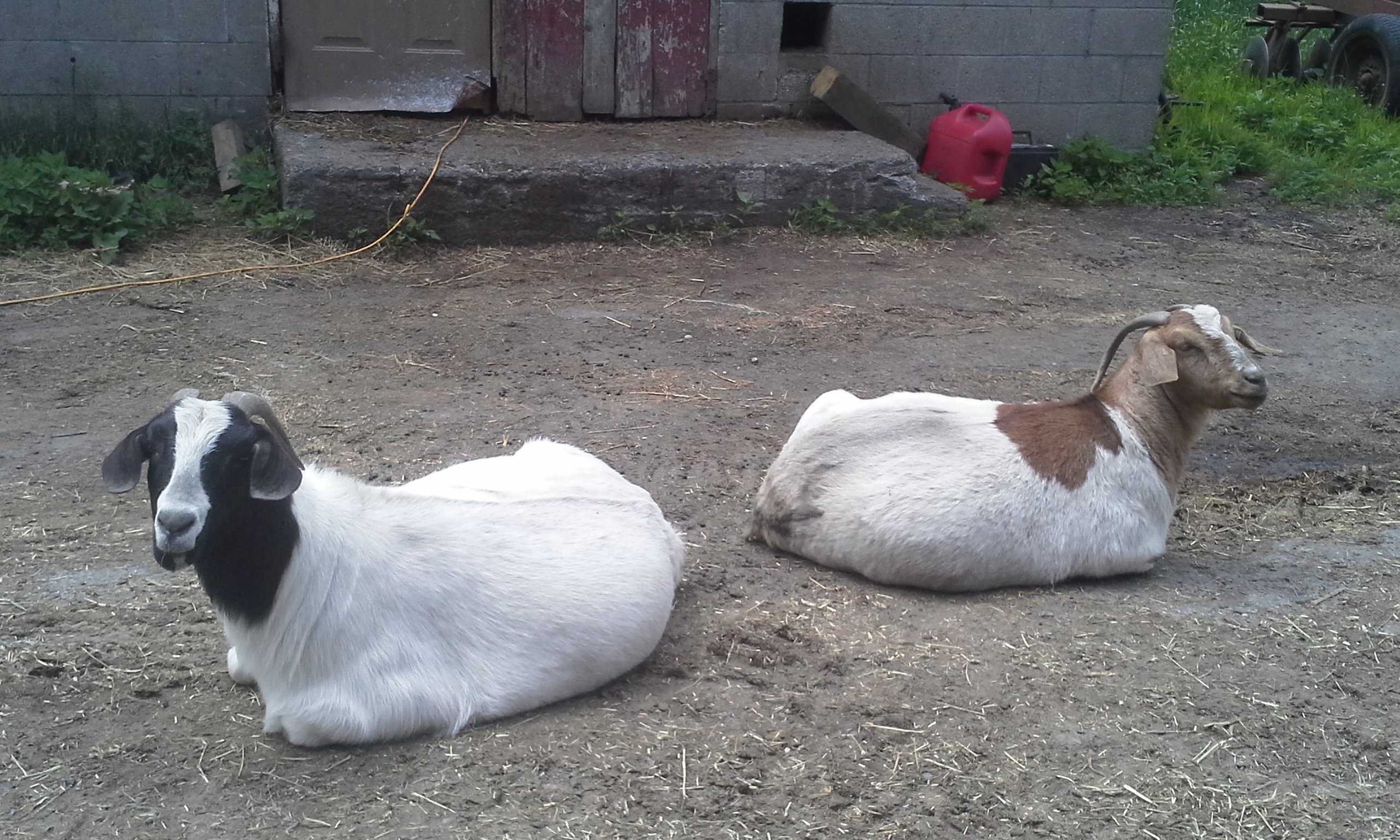 As I pull in at River Maple Farm in Bernardston, two large goats lie right in the middle of the driveway.  Both are completely unfazed by the presence of my vehicle inching around their sunbathing bodies. Donna Grover greets me on the steps of the farmhouse and soon after Rena Grover emerges. Twenty-year-old Rena and her 23-year-old sister Regina co-own River Maple Farm with their parents Donna and Phil Grover. Phil’s grandfather started the farm in 1912 as a dairy, making Rena and Regina fourth generation farmers. The dairy operation continues today, and the farm now also focuses on maple sugaring, as well as producing beef and vegetables. Rena is responsible for the animal chores along with her sister and mom, while her dad takes care of the crops. In her spare time, Rena enjoys showing her cows at county fairs. Her future is on the farm, an idea that really appeals to her and a passion she shares with her sister. When asked about her interest in farming, Rena responds, “I wouldn’t do anything else.”

Rena invites me to take a ride on the Gator, a four-wheeled utility vehicle, to briefly tour the farm. The hardworking Gator has had plenty of flat tires but has served the farm well for 10 years. We ride across the street and down a dimly lit path shaded by deciduous trees, then make our way on foot into a field with grass up to our knees, one of many fields used for pasture and hay on the 500-acre farm.  Some of this pastureland was cleared by logging before Rena was born. The Falls River, which runs through the farm, has also left its mark on the land over the years by shaping pastures and adding fertility to the land through flooding.

As their goats’ complacency suggests, the Grovers are in the business of keeping their animals happy. The Grovers’ general farm philosophy revolves around the idea that happy cows make more milk. The farm’s seventy milking cows and sixty heifers are out to pasture from mid-May to October 1st. The milking operation is part of the dairy cooperative Agri-Mark, which sells and processes milk from member farms throughout New England and New York. Milk from River Maple Farm thus ends up in products like Cabot cheese and butter. In addition to cows, the farm houses a whole slew of farm “pets.” These include a calf that was sick and ended up being raised in the house, a handful of ducks, a couple donkeys, the goats, and “way too many cats” (which turns out to be a good thing since there are no mice on the farm).

Currently the farm produces maple syrup from some 700 taps, which is down from the 3,000 taps they’ve had in past years. They sell their maple syrup on-site at their farm stand, in addition to Angus beef and vegetables. While the stand is currently small, Rena’s hope is to build it into a thriving roadside stand that sells abundant vegetables and maybe even frozen yogurt. A related project on the horizon is to build a tomato greenhouse to ensure a steady supply of the popular crop.

In Bernardston, River Maple Farm has friendly competition with the surrounding farms, but community is paramount. “You’re always going to need your neighbors for something,” says Rena, who commented that her petite size means she occasionally needs help from neighbors while alone on the farm. In an area where it seems there are more farms than anything else, it makes sense that farmers would rely on each other in times of need and value the importance of community.