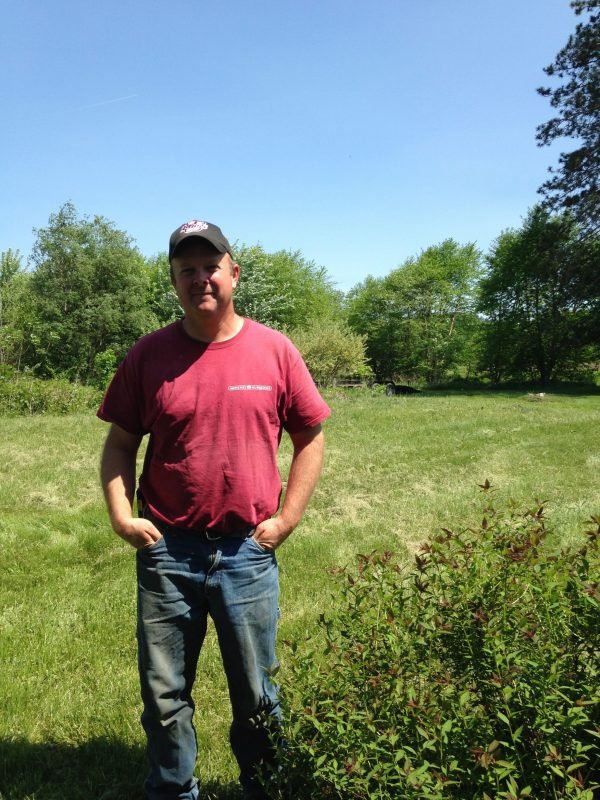 Each spring, John Kinchla and the crew at Amherst Nurseries take on a high-stakes guessing game with the New England weather. John needs to get his trees out of the ground before the weather gets too warm. If spring comes early, the trees will emerge from their winter dormancy and it may be too risky to harvest them. Meanwhile, shipments of young seedlings in need of planting are arriving in a steady stream. If John jumps the gun on planting the seedlings and spring comes too late, an unexpected frost can devastate the new crop. Just this year an unexpected April cold spell knocked out half of John’s freshly planted tulip trees. “You just never really know what’s going to happen,” John reflected when I spoke with him in late May, “every year the weather throws a curveball at you.”

When John started his first business well over 20 years ago as a young entrepreneur, he wasn’t planning on battling frosts for the survival of tulip crops. “I traded the paper route for a lawn mowing route and the money was better mowing lawns,” John told me. Working solo, John picked up any work he could, from mowing lawns to landscaping walkways and gardens. “You’re pretty much working by yourself and doing whatever it takes to bring in work and get the work done. It never actually changes a whole lot from that, except all of a sudden you have more and more employees.” 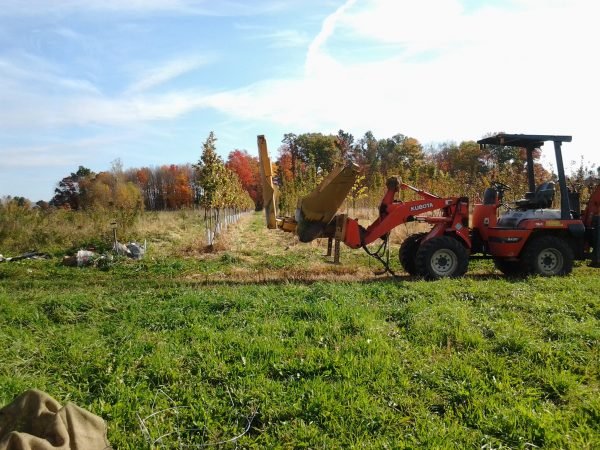 As John’s landscaping business grew, it became difficult to find the nursery plants that he needed. Tired of choosing between limited options locally and long, expensive drives to distant nurseries, John decided to begin planting his own nursery stock in 2001. Before long, demand for his nursery stock was flourishing, and cultivating trees and shrubs soon took over as the centerpiece of the business. Amherst Nurseries was born.

After more than a decade of selling his trees and shrubs to cities and towns throughout the region, John can’t travel far without seeing trees that came out of his field. Amherst Nurseries ships their products throughout New England but the local towns and cities in Hampshire County have been some of his biggest customers –the town of Amherst alone purchased 1,500 trees in the last three years. You may not know it, but you’ve probably already spotted many of John’s Red Maples, Ginkos, Zelkovas, Crab Apples, and many more lining the streets of your town. Amherst Nurseries mostly sells wholesale, but the team opens up their retail shop to the public at 199 Belchertown Road on Saturdays throughout the spring and fall. You can also spot John and the team out mowing lawns with their fleet of quiet and low-emission electric mowing equipment – all powered by the solar panels at the nursery!

These days, John is happy to be able to help pull new young people up into the landscaping and nursery industry. “It’s hard work and you really can’t be too proud sometimes when you’re crawling around on your hands and knees in the mud. But it’s been good to me and there’s a skill set there that is really overlooked by most of the rest of the world. You start to appreciate how everything works together, from business to the natural world. It gives you a chance to be part of both.” In fact, some of John’s proudest moments with Amherst Nurseries have been watching young employees move on to start up their own businesses. He just has one rule, “I tell them, if you’re going to leave to start your own company, you better buy your trees from me.”