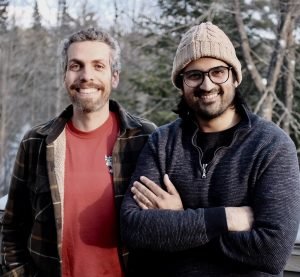 I met Jake Mazar off North Maple Street in Florence on a crisp winter day last December. As he led me into a large industrial building nearby, I noted that this must be a big expansion for Artifact Cider Project. “It’s huge,” he exclaimed. “It blows my mind every time I walk in here.”Now, seven months later, Jake and his business partner Soham Bhatt are opening their first tap room at their brand-new production facility and they couldn’t be more excited. “It’s kind of surreal,” Jake reflected. “From the time we started the company the dream was to have a place where people could come see the operation, experience the cider making, and hang with us. Now, we’re here.”

Artifact Cider Project is a quickly growing craft cidery producing hard ciders that are available in hundreds of retail outlets across the state. The company recently celebrated their five-year anniversary since their founding. In the beginning, Artifact brewed in a 500 square foot garage in Springfield that was definitely not designed for cider makers. But over time, Artifact Cider grew. With more and more outlets interested in carrying their ciders, Soham and Jake decided to expand into a new space in Everett, Massachusetts and began to take on employees.

Now, five years into running the business, Jake and Soham are thrilled to be moving into their new permanent space in Florence. Unlike their previous homes, the Florence production facility was custom designed for making cider. “That’s part of the reason why we’re so giddy and excited to move in here,” Soham explained. “We feel like we finally have the tools that we wished we had five years ago. But we’ve learned so much along the way, it’s been a journey.” Beyond their new production equipment, the pair view the new space as an opportunity to forge new connections with the community. Jake explained, “Having a taproom gives us the opportunity to share in our customers’ experiences with our ciders in a new way. We wanted to create a place that is fun and welcoming, where you can feel at home if you are a cider expert or just want to explore and have a drink and some food.” 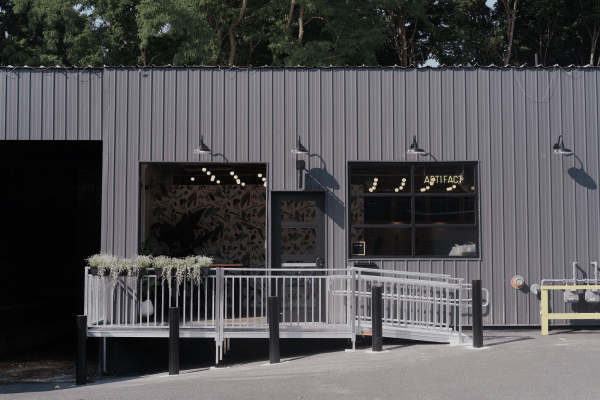 Artifact Cider’s new taproom in Florence is set to open at the beginning of August.

While the business has grown dramatically in scope and scale over the past five years, Jake and Soham’s guiding philosophy has remained steady. “We’re trying to celebrate the apples of our region,” Soham explained. “We’re trying to craft really unique, distinctive ciders from things that are grown here and are representative of this place.” Over the past century, the apple market turned increasingly national. As the fruit was shipped across the country and around the world, Soham felt there was a loss. “The apples weren’t appreciated for being unique and special to this area. One thing that Artifact does is shine a spotlight that these apples are very much here and now.” 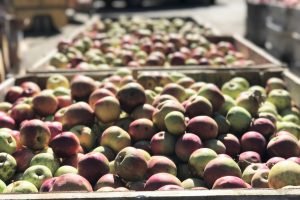 Artifact sees themselves as a part of a recent resurgence of cider in the area. “We live in one of the top apple-growing regions in the world,” Jake said. “It’s cool to be a part of this renaissance. Getting to celebrate the amazing terroir, the apples we grow, and the orchards behind it.” Jake and Soham value their relationships with the orchardists that they buy from. “It’s a collaboration with these growers,” Soham told me. “Ultimately my job is honoring their work. Their expertise is growing apples. My expertise is making cider that hopefully doesn’t offend them.”

The pair describe Pine Hill Orchards in Colrain as their ‘home orchard.’ When they were first starting out, even though they were small, Pine Hill was willing to take the time to let them order custom varietal blends. As Artifact has grown, so has their relationship with Pine Hill. “It’s a conversation that took place over years,” Soham explained. “Now it’s at the point where Artifact actually has trees in the ground at the orchard. Pine Hill will spray in different ways because of certain apples they know we’re going to use, pick in certain ways because they know we’re going to be making cider out of them … That’s a win-win for both of us.” In the end, Artifact hopes that their relationship with Pine Hill and other local orchards will help bolster the farms into the future. “We believe orchards and agriculture are an important part of our culture in the northeast, in the past and more importantly in the future. We are passionate about helping sustain them,” Jake said. 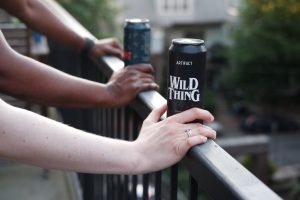 As Soham, Jake, and the rest of the Artifact team open their doors of the new taproom this month, they know it represents a new chapter for the business. But Artifact as a company has always embraced change. When they make their cider, they try not to control the process too much. “We try to let the apples express themselves and we just steer and guide it,” Jake explained. One of their ciders from last year might taste differently this year because “the story of apples from this year is different than last year … The apples are different and instead of trying to control that by adding acid or sugar we let the cider be a little bit different.” As apple season quickly approaches, there will be only one way to find out the story of this year’s cider. Grab a pack of Artifact Cider or swing by the new tap room in Florence and taste it yourself! 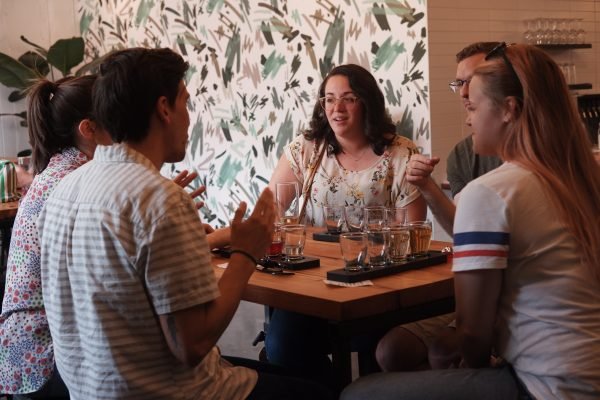