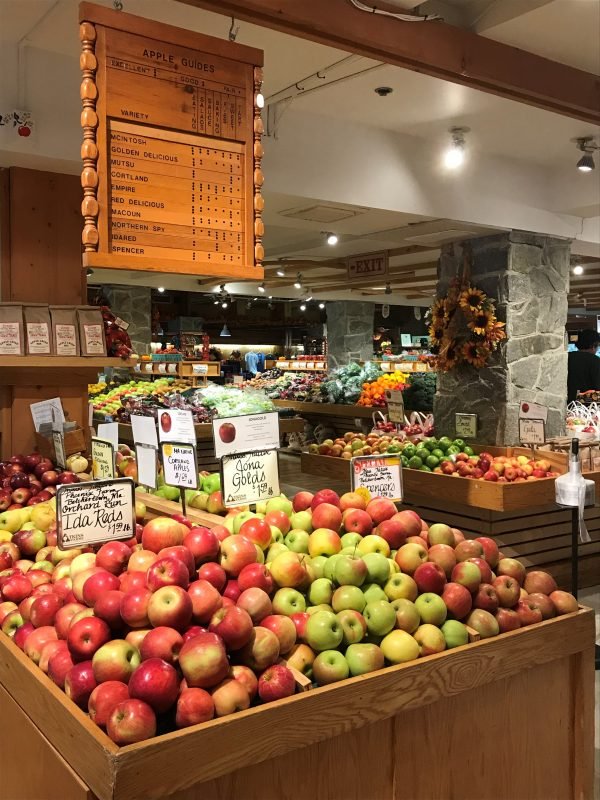 Although I don’t make it over there often enough, Atkins Farms is one of my favorite stores in the Valley. To me, it offers the charm of a small New England farm stand with the variety and prices of a large supermarket. I sat down with Pauline Lannon, who owns the store, and Jen Adams, Advertising Manager and decades-long team member, to gather some information about the market. Atkins started out in 1962 as a 40 by 50 foot fruit stand, with peaches, pears, and apples coming in from nearby orchards owned by Howard Atkins himself, as well as local produce from nearby farmers. Pauline has seen the store grow considerably in the intervening years; the biggest change was the addition of a butcher counter and meat department in 1995, which was the last step in making the store a one-stop market for all of its customers’ needs. The store also features a deli and a bakery fully stocked with food made from scratch in-house, a produce department full of local fruits and veggies, fresh-cut flowers, gift baskets, and an extensive candy department featuring freshly made fudge.

Atkins is best known for their apples, apple pies, and their famous cider donuts. Apples are available at the store starting in August, or pick-your-own down the road at the 78 acre orchard (a separate orchard in Belchertown, which Atkins purchased in the 1960’s, was sold to former Atkins farm manager Elly Vaughan this year and is now in business as Phoenix Fruit Farm). Macouns, Ginger Golds, Cortlands, and McIntosh currently grow there, along with young Honeycrisps and some heirloom varieties. Cider donuts and pies are available year round, but the amount produced goes up dramatically around the fall holidays: Atkins produces a total of 215,000 donuts in September and October, and 3,000-4,000 pies a week in the lead-up to Thanksgiving. 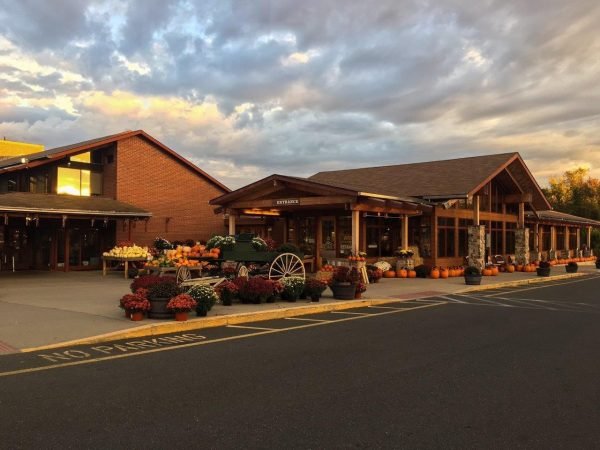 While the local food movement has been exploding across the country in recent years, buying local has been the name of the game at Atkins since its inception. Atkins maintains relationships with many farms and local food producers, with about a dozen farms providing the majority of the local produce. These relationships with local farms go back decades, some all the way back to when the first farmstand was built, and allows Atkins to offer its customers local honey, jams, jellies, eggs, cheeses, turkeys, and produce.

Atkins opened a second location in 2015 located on Cowls Road in North Amherst. Atkins is an active member of the local community, donating food and cider to local events and to the Amherst Survival Center. They have a talented group of people working in the stores, from floral arrangers to bakers to specialty buyers keeping up with current food trends. Pauline loves that everyone who works there brings their own talents, and keeping both employees and customers happy is a top priority. Atkins hosts a number of public events throughout the year, including an Easter egg hunt, various tasting events, and a customer appreciation day. On December 9th, there will be a gingerbread house making event, along with a visit from Santa Claus. At the end of January they will hold their winter tasting event, which is a small-scale sampling from local food vendors. And if you’re looking for a local turkey this Thanksgiving, Atkins is accepting orders for fresh Diemand Farm turkeys through November 17.