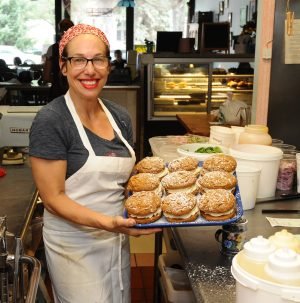 “I know from experience how hard farm work is, having done it myself. It’s so important to know where your food comes from. ” -Cathie Cappa

Like many chefs, Cathie Cappa started out washing dishes and worked her way up the ranks. She worked in Boston as a night chef and then ran the much-loved 3 Cafe in Longmeadow before opening Auntie Cathie’s Kitchen in West Springfield. Cathie says that many of the farmers who bring her fresh produce are also her customers. Having run her own restaurants for 12 years now, she hopes to get out of the kitchen more often and share her knowledge — she’s been doing a cooking demo every two weeks on WWLP’s Mass Appeal, and she has her own YouTube channel!

A part of the local food scene:

In addition to the restaurant in West Springfield, you can find Auntie Cathie at the Farmers’ Market at Forest Park, where she sells homemade pizza, quiches, and baked goods. And ask her about catering for your next family gathering or event!

What is your favorite part of your job?

“I love the customers and my staff. Making people happy brings me so much joy!” 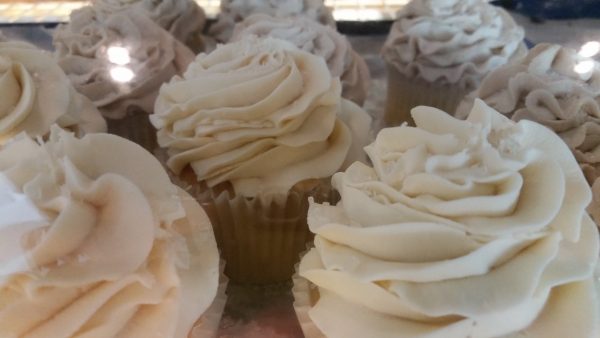 A highlight from Auntie Cathie’s menu:

All of the furniture at Auntie Cathie’s was donated! People continue to bring her mismatched tableware for her collection. 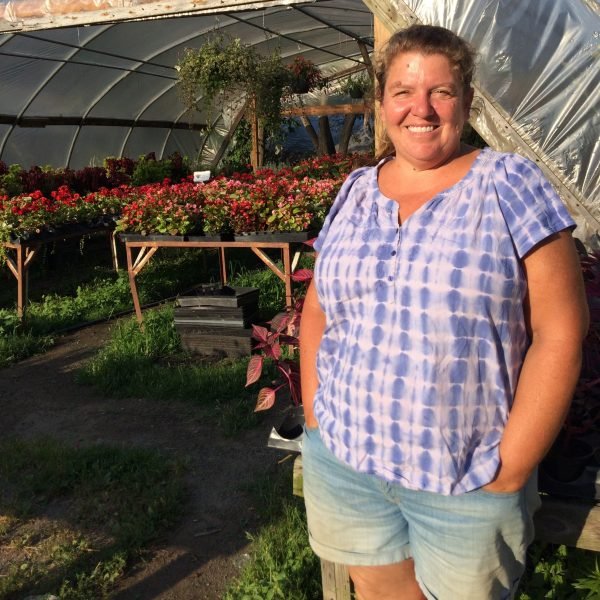 Story: Lenita grew up in a farming family and followed in her parents’ footsteps. After graduating from the Stockbridge School of Agriculture, she began farming on her own in 1985, and, with her husband Jeff, moved to their current 100 acres in Southwick in 1997. Blossoming Acres grows a diverse array of vegetables and flowers and boasts a robust farm stand, where Lenita sells homemade bread, pie, and other products from the surrounding area in addition to the farm’s crops. “If we don’t grow it ourselves, we get it local,” Lenita says. “I’m not comfortable selling food if I don’t know where it’s from or how it’s grown.” Lenita has been selling to Cathie for about five years, a relationship that began before Cathie had even opened her own business. “She’s really committed to using local products,” Lenita says, “and she’s flexible,” an important quality in a chef who works with farms.