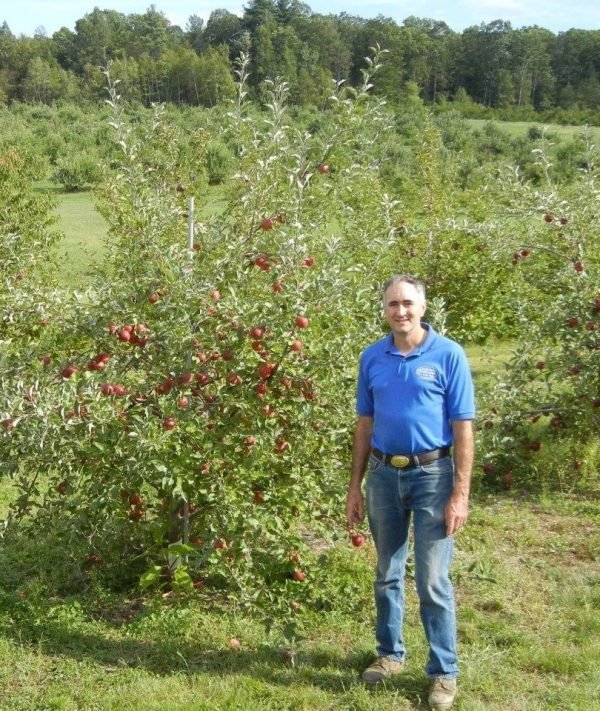 “Every apple has a season,” says Tom Bashista, owner of Bashista Orchards and Cider Mill in Southampton. McIntosh and Cortland come in September, for example, Empire and Fuji in October, and Braeburn and Granny Smith in November. Buying apples directly from the orchard allows you to experience nature’s rhythms in a way not possible at a standard supermarket – and it gives you access to an apple expert! Just as Tom begins telling me his favorite varieties are Zestar and Wealthy, he excuses himself to assist a customer who has just arrived. The customer has forgotten the name of an apple he loves and proceeds to describe the taste with the hope that Tom can identify it. Tom does well, narrowing it down to a few possibilities. No small feat, considering he grows fifty varieties of apples. (As you become a regular at Bashista Orchards, you too will learn the seasons for Pristine, Candy Crisp, Blush Gold, and Winesap apples!)

Tom’s in-depth apple knowledge should come as no surprise, since he grew up on this land. These 90 acres of gentle green slopes, dotted with fruit trees producing apples, pears, peaches, plums, apricots, and cherries (a picturesque backdrop for the roadside country store) embodies both past and present. Tom is a fourth generation farmer. His great grandfather, Jacob Bashista, started the farm in 1926. The farm was eventually passed from Jacob to his son and grandson, and then great grandson Tom took over the family business in 2010.

“When you grow up with it, you don’t want to see it go away,” Tom tells me. The orchard remains a family effort. Tom and his wife Cheryl run the business with help from their sons Jacob and Jonathan, who work in the cider mill and pack apples for the store, and their daughter Amanda, who works in the bakery. Tom tells me that his greatest reward has been keeping this land agricultural. “There have been good offers over the years to buy the land,” he says, “but I walk through these barns where my great granddad’s tools are still hanging. That’s stuff you can’t buy.”

While continuing the family tradition and preserving what he describes as “a 1950’s feel” to the farm and country store, he is also keeping up with the times to ensure the sustainability of the farm. A testament to this is his recent investment in solar energy for the main building, which will cover an estimated three quarters of energy needs. Moreover, Tom designed a HACCP plan for the cider mill to ensure the processing steps meet strict FDA requirements for food safety, enabling him to distribute the cider through other local stores.

When asked, Tom reveals that his biggest challenge is the weather. He recalls examples from the past year, such as the “Valentine’s Day kill,” when the temperature reached 50°F before Valentine’s Day, and then dropped to 10°F below. This rapid temperature change caused the trees of a nearby orchard to split, but Tom was more fortunate. All of his trees survived. Months later, it rained all through peak blossom time. Since honeybees will not fly in the rain, he had to rely more heavily on the native bees than in past years, but he assures me, “They got the job done.” 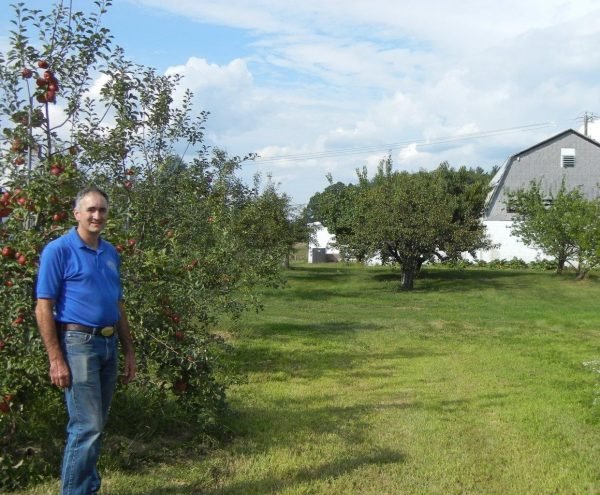 Tom reminds me that money spent locally stays local. To take part in sustaining the local economy and this beautiful land, stop by the country store at Bashista Orchards and Cider Mill, which is open seven days a week from 8am to 6pm and located just a few miles off routes 10, 202, and 141. You can visit the orchard’s website to check the fruit season calendar, browse the vast array of baked goods, and see photos of the orchard’s history (such as Senator Kennedy’s plane, which crash-landed in the orchard in 1964). The country store sells everything apple – apple cider, cider donuts, apple pie, apple cake, and the newest addition: self-serve cider slushies in summer. You will also find a variety of other local products, including local vegetables, eggs, dairy, beef, honey, and crafts. You can come by to pick your own apples or simply to grab a cup of cider, eat a donut, and talk apples with Tom.