On August 28, 2011, there were five and a half feet of water in the Deerfield Inn. Hurricane Irene, which pummeled much of the east coast, had burst the banks of the nearby Deerfield River and flooded the historic inn. In a Greenfield Recorder article from a few days after the storm, the total damage to Historic Deerfield was estimated to be upwards of $1.6 million. The Army National Guard was called in to help repair the damage around Franklin County.

Eighteen months later, Champney’s reopened its doors as a completely reimagined restaurant. No longer the formal dining room for the Deerfield Inn, the new Champney’s is a more casual, welcoming space with an eighteen-seat bar and a cozy fireplace. I spoke to the Innkeeper, Steve Pardoe, who told me that the transformation has been a boon for business. “People aren’t really looking for formal dining in quite the way they used to be,” he told me. “It has really changed our role in the community.” 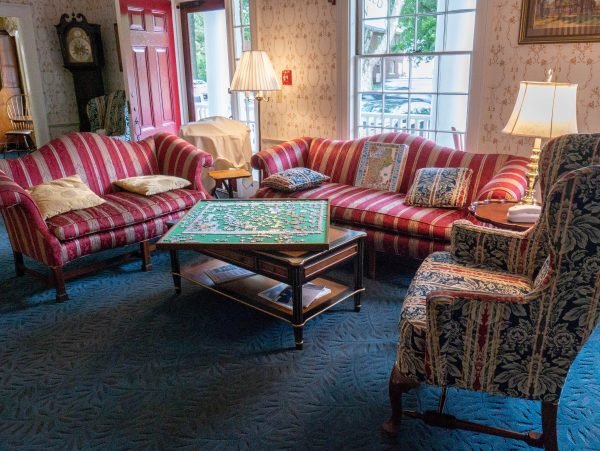 As a part of Historic Deerfield, Champney’s tries to balance the historical and the modern. The restaurant is named for James Wells Champney, a Deerfield-based painter and early innovator in the field of photography. Champney was a professor of art at Smith College, and would teach summertime art classes on the banks of the Deerfield River or in the meadow by his Deerfield home. He was well liked by his neighbors and reputed to be “a genial host and charming guest,” values which his namesake restaurant holds as a core part of their identity.

If you head out from Champney’s in any direction, you’ll quickly find yourself in farmland. Being surrounded by farms makes it easy for the chefs to find lots of fresh local ingredients, and the menu is filled with names like Clarkdale, Atlas, Kitchen Garden, Mycoterra, and many other Local Hero farm. These relationships with local farmers don’t end at the loading dock; Steve told me, “Many of the local farmers we buy from come in here to eat all the time. We’re the first place some of them think of when they have an event or a party. We just had a few farmers’ birthdays here in the last few months.” 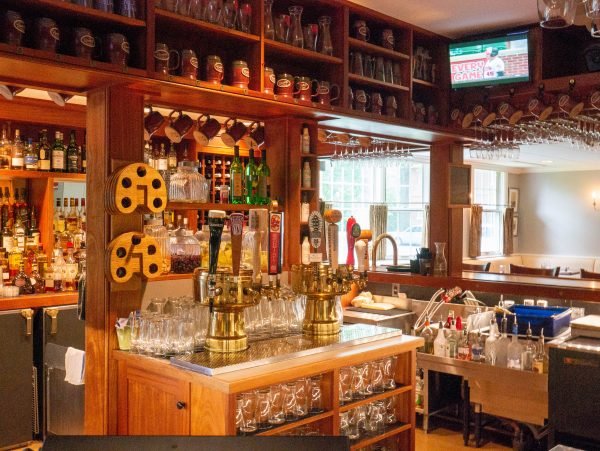 Champney’s also has a wide selection of locally brewed beer—Steve told me that, of the fourteen beers on tap at the bar, twelve of them are brewed within 50 miles of the restaurant, which they buy in small quantities and rotate seasonally. Their “Thirsty Thursday” tasting series features local breweries, cideries, and distilleries sampling their products every Thursday during the summer, and their “Inn-between” menu (served between lunch and dinner) features a number of locally-sourced small plates and appetizers that pair great with a drink on a warm afternoon.

Whether your looking for a hearty dinner or a drink and a snack, a quiet evening or a group outing, something formal or something relaxed, Champney’s is worth a visit. Check out the beautiful scenery and the extensive selection of local fare they have to offer.