Reuben Leinbach, Creamery Manager at Cream of the Crop Farm

On a recent Tuesday I drove through a light dusting of January snow into the foothills of the Berkshires. I pulled off Route 23 in Russel, MA to park in front of the Cream of the Crop Farm Store. Reuben Leinbach, Cream of the Crop’s Creamery Manager, greeted me and together we walked over to the barn, just a stone’s throw from the parking lot. Cream of the Crop’s herd of 11 Jersey cows were enjoying the shelter from the winter wind in the loafing shed.

As we stood next to a cow named Moose, Reuben explained that she was the oldest cow in the herd – an ominous title on a farm. Six months ago Reuben had plans to send Moose off to auction. What he didn’t know was that Trevor, the young son of Farm Owner Jerald Reinford, had formed a bond with Moose.

“When little Trevor heard about that he just burst into tears. His dad called me up and said, ‘Reuben, do we have to send this cow off to auction?’” That turned out to be Moose’s lucky day. 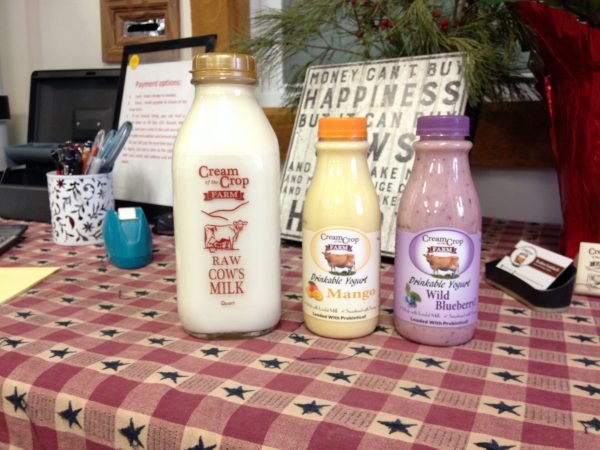 Cream of the Crop produces a number of dairy products, including a line of hard cheeses, butter, and fresh raw milk. The cows are fed exclusively Certified Organic, Non-GMO feeds. About half of the creamery products are Certified Organic and all are 100% Non-GMO. These products are all available in their farm store in Blandford – and it’s well worth the trip! There aren’t many places in the state where you can buy raw milk and raw milk from Jersey cows has a full, creamy taste that truly is unique. While you’re at the store, open 7am-7pm Monday – Saturday, you’ll also be able to find products from local farms throughout the area including eggs, meats, jams, apple sauce, and honey. 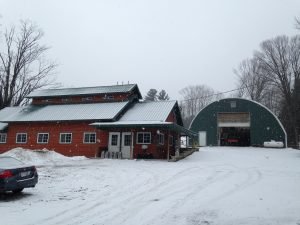 Cream of the Crop Farm

Jerald founded Cream of the Crop in 2014 and Reuben joined him in 2015. Managing a young business is a major challenge but Jerald and Reuben are lucky to have supportive families that have played a major role in making the farm tick. The pair are happy that they are able to make their living providing their families and their community with nutritious, healthful food.

“Putting in a good hard day’s work out under God’s sun. Working the ground. Knowing that you’re providing good food for people. That’s very rewarding,” Reuben told me. I asked him what he enjoys doing with his time when he’s not on the farm. After pointing out with a big laugh that “there’s not much of that,” Reuben let me know that he loves spending time with his son and raising steer for the family. I guess I shouldn’t be surprised—for a farmer, there’s no better free-time hobby than farming.