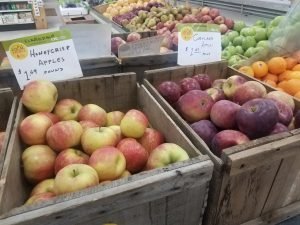 The proliferation of “big box” stores and chain supermarkets over the last few decades has forced independent grocers all over the country out of business. Luckily for the town of Greenfield, Foster’s Supermarket has endured for three generations and is still going strong.

After cutting his teeth as the owner of the Student’s Store at Mount Hermon School, Bud Foster bought his first grocery store in 1952, located on Chapman Street in Greenfield. After numerous relocations and expansions, Foster’s is now situated on the corner of Conway and Allen streets, just a few blocks north of Greenfield Center.

Even after more than half a century’s worth of changes, Foster’s is still very much a family business. It’s currently run by Bud’s grandsons Jason and Matthew Deane. The staff also includes both of their spouses and at least fourteen cousins. Retirement couldn’t totally pull Jason and Matthew’s mother away from Foster’s either, as she still comes in on Saturdays to help out. Jason has been working there since he was twelve years old; now officially the CEO, he has a variety of responsibilities including driving a truck to Boston twice a week to pick up produce. Even though he has been here for decades, Jason enjoys working at Foster’s because it is comfortable, but at the same time, each day brings different challenges so it never gets too repetitive.

Of course, running a supermarket is not without its challenges, the biggest of which is competition. Larger chains have always been around, but in recent years, other types of businesses have begun to enter the grocery market. Pharmacies and other stores have expanded their grocery offerings, and online services like Amazon are moving in to the grocery market as well. 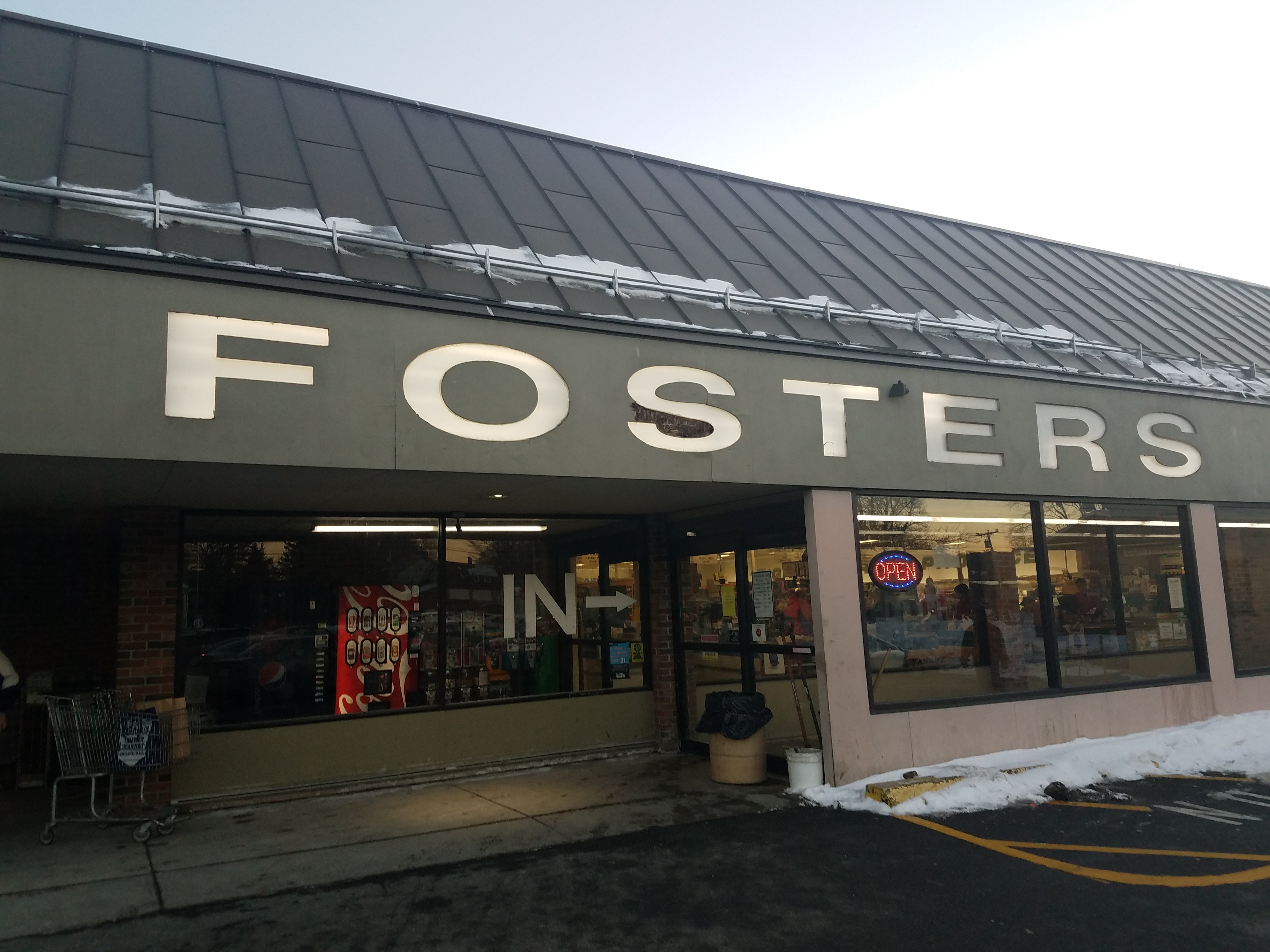 However, Foster’s focus on service has allowed it to successfully hold its own against larger challengers. I stopped by to meet with Jason not long before closing, and even on a slow Tuesday night almost all the registers were open and staffed. The store had that classic community feeling that can be hard to find these days, with employees greeting customers by name and chatting as they rang up their purchases. Jason also notes that many older and otherwise mobility-impaired customers appreciate that Foster’s has a smaller footprint than other grocery stores; it can be difficult to navigate and traverse a fifteen- or twenty-aisle-wide superstore.

Foster’s is a pioneer in the Valley’s food network, with a history of selling local produce dating back to the 1950s, long before eating local became a movement. As I walked in, I spotted local onions from Hatfield prominently displayed at the entrance to the produce section, complemented by many more offerings from farms in the region. Foster’s’ longevity and standing in the community has created enduring relationships with farms large and small, making it easy for residents of Greenfield to have access to a variety of fresh and local food products.

If you like your groceries with a side of friendly and helpful service, Foster’s is the place to go. Stop in sometime for whatever you may need, and don’t forget to grab plenty of local produce while you’re there!