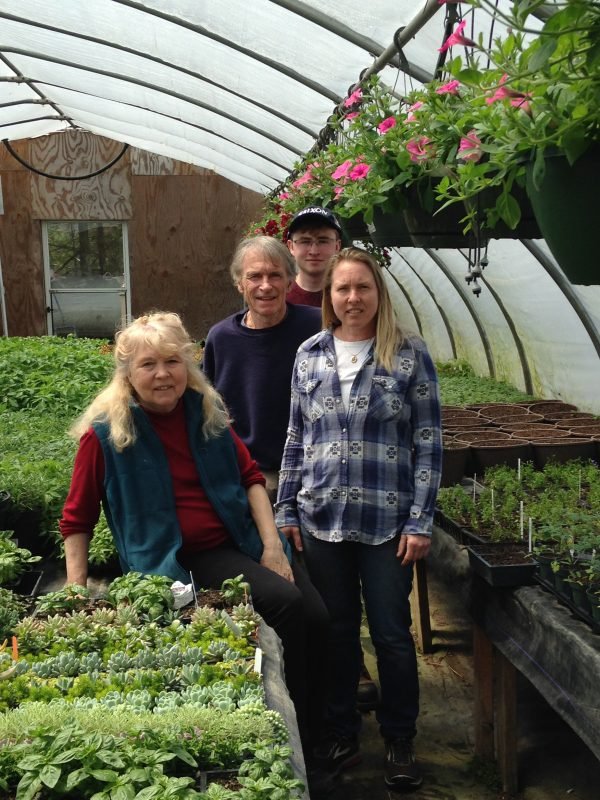 The phone started ringing the moment I sat down to chat with Lynn Hartman and Carissa Hartman-Wozniak at Hartman’s Herb Farm and B&B.  Lynn just laughed. “The calls start at 7 in the morning and keep going until 11 at night. The kids say that we’re the 7-Eleven of herb farms.” Lynn shrugs off the idea that taking calls 16 hours a day could be overwhelming. Beginning at the age of five, she worked at her family’s farmstand and “Dad always said: ‘We never say no to a customer, because every time you say no to one you lose 50 more.’”

The third generation of farm owners in her family, Lynn grew up growing peaches, apples, and market garden vegetables with her folks on Kenny J Farm in Oxford, MA. After a childhood on the farm, Lynn ventured into the world of desk jobs but the white collar wouldn’t stick. “I was sending my kids to private daycare school and spending 12 hours a day on the road away. I decided 43 years ago that I didn’t want to do that anymore, so I quit my job and I bought this place.” This place is Hartman’s Herb Farm and B&B, a 24 acre plot in Barre, MA, tucked in the woods east of the Quabbin reservoir.

When Lynn and her family arrived on the plot over 40 years ago, the path to today’s bright future wasn’t so clear. The buildings were rundown and had been uninhabited since the 1920’s. When Lynn consulted with the local farm agents, “they told me that I had to want to farm pretty bad to farm this because it’s a gravel pit.” Lynn and her husband were, in fact, dead set on farming, so they moved in with their young family, 17 goats, and a dream to start up a dairy. 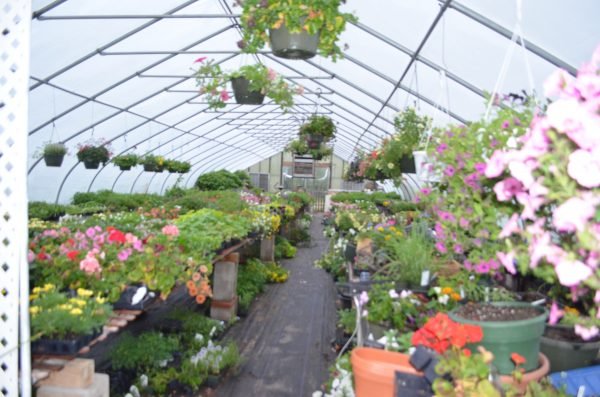 Soon after moving onto the land, Lynn became pregnant with her third child. It quickly became clear that milking a herd of goats twice a day was going to be challenging while taking care of an infant and two young children. Scrambling to find a new direction, a friend suggested that Lynn try selling fresh herbs. Not many other farmers were selling fresh herbs locally at the time, and Lynn wasn’t sure that she would have much luck. On the other hand, there was plenty of catnip, mint, and rosebushes growing wild on the property, so she figured that she didn’t have much to lose. Just a few months after moving in, Lynn headed down to her first Barre farmers’ market with old apple boxes from the family orchard for table legs and wooden shutters from the barn for a counter. By the end of the day she had completely sold out, and Hartman’s Herb Farm had been born.

Throughout the 80’s, the family was able to get by growing and selling herbs, along with vegetables and meat. A fire in 1990, however, forced the family to pivot the business once again. The Hartman family needed a loan to rebuild, and as Lynn puts it, “bankers don’t like farmers because we don’t make a lot of money.” Lynn decided to diversify the business and add on a bed and breakfast. Sure enough, she was able to qualify for the loan and Hartman’s came into it’s modern form as a fully functioning farm with a picturesque B&B and event location.

Today, Hartman’s welcomes couples from all over the country and around the world who want to get married at a venue where the food on the plates and the flowers on the tables were grown next door, and a baby goat is never farther away than a stroll back to the pens. “People like us because they know that they are keeping our farm sustainable. They are paying to feed the lambs and the goats. They allow us to keep running our greenhouses.” 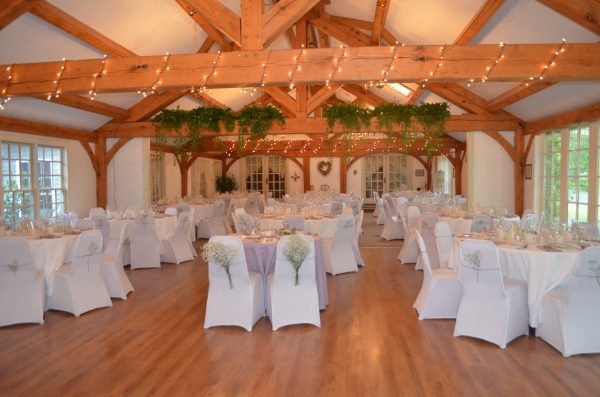 Hartman’s is powered by the third, fourth, and fifth generations of farmers in the family including Lynn, her daughter Carissa, and Carissa’s children Cameron and Chloe. It’s good that there’s a big family, since there’s more than enough work to go around. When they’re not hosting events, the family raises plant starts, herbs, flowers, veggies, lamb, pork, and goat for sale at farmers’ markets and their farm store in Barre. Look for Cameron at the Canal District Farmers’ Market in Worcester or Chloe at the Barre Farmers’ Market. You can also visit Hartman’s website and Facebook to learn more about monthly on-farm brunches and mail-order memorial wreaths. Or better yet, swing by the farm store in Barre to see the farm yourself – the family will be happy to see you! As Lynn says, “It’s all about customer service and kindness. We’re a family run business, so we work together. We realize that the farm supports us and we appreciate those people that support the farm.”