Resilient should be every farmer’s middle name, and this is especially true for the Jensen family of Mountain Orchard, in Granville, Massachusetts. Having been in operation for more than 100 years, they’ve experienced just about every good and bad thing that a family orchard can: storm damage, expansion, personal loss, market changes, and new opportunities. But they have remained resilient, nonetheless.

Anne Jensen and Christina Jensen Teter, mother and daughter, co-owners and operators, shared their story of the evolution of Mountain Orchard. Christina is now the third generation of Jensen’s to run the family business.

The roots of Mountain Orchard began with Christina’s grandparents and Anne’s in-laws, Edward Sr and Anna Jensen, who purchased the original orchard in Granville in 1919. Edward Sr established the orchard over the years and later his son, Edward Jr, became involved in the operation where he brought his curiosity and innovativeness to the operation.

Edward Jr’s wife, Anne, described that, “He liked to try new things and was inspired by some new concepts.” He integrated a controlled atmosphere storage room, a novel addition at the time, which improved their storage capacity and longevity, and provided them with an advantage to grow and establish new markets. 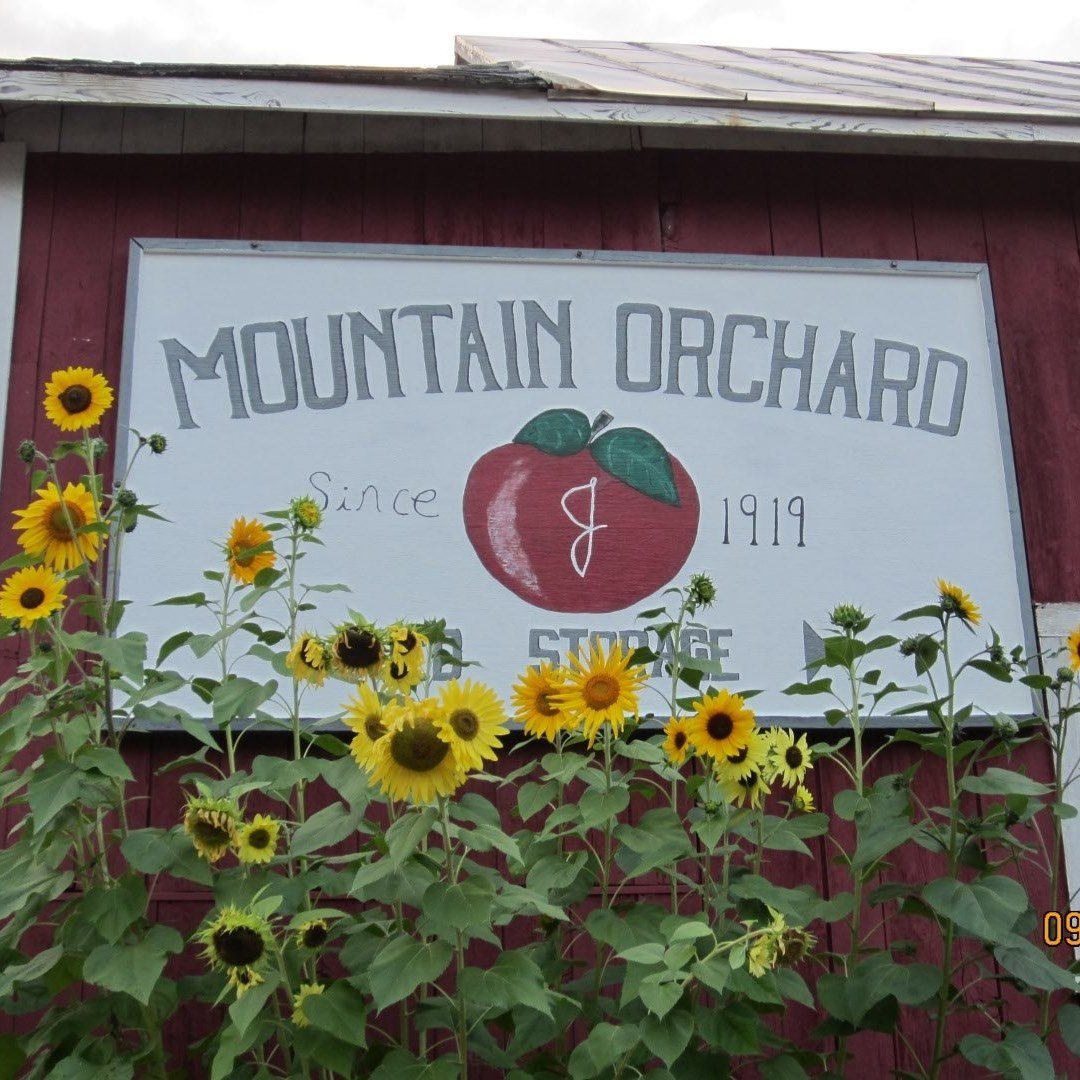 In the coming years the farm expanded when the Jensen family purchased a neighboring orchard. This expansion came to be their saving grace when a hailstorm in 1987 decimated their entire apple crop. With unbeatable losses, the Jensen family eventually sold the original property ten years later.

Christina and her family came back to the orchard in 1999 when she and her husband began to take the reins of the family business. But when Christina’s husband passed and later her father, she and her mother were left to continue the legacy of Mountain Orchard.

The two women have remained resilient despite their heavy losses and have continued to make an impact in the local food scene through their dedication and adaptability. Christina sees local food and their role within it as “a vital part of our community” and without it, it’d be “like losing your right arm” – nothing would ever be the same with the absence of it.

Anne reflects on this as she has seen the number of orchards in the area dwindle in the years they’ve been in the business, but states that, “We feel great to still be here and provide work for local people and a product that people are looking for.”

As wholesalers, Mountain Orchard helps maintain this vitality in their communities by supplementing other local farm stands and farmers’ markets with their products and selling to outlets like Big Y where their products can reach even more people.

Christina and Anne describe how market demands have changed since first opening the orchard over 100 years ago. Much of their orchard is cultivated with traditional apple varieties like Macintosh, which have decreased in popularity. But in adapting to these market changes, they realized that partnering with cidery’s would be a great outlet for their products. Christina explains that, “Mac’s are a really good base when you’re making hard cider, they’re also a nice semi-sweet, tart apple that can be used to help balance sweeter ciders.” 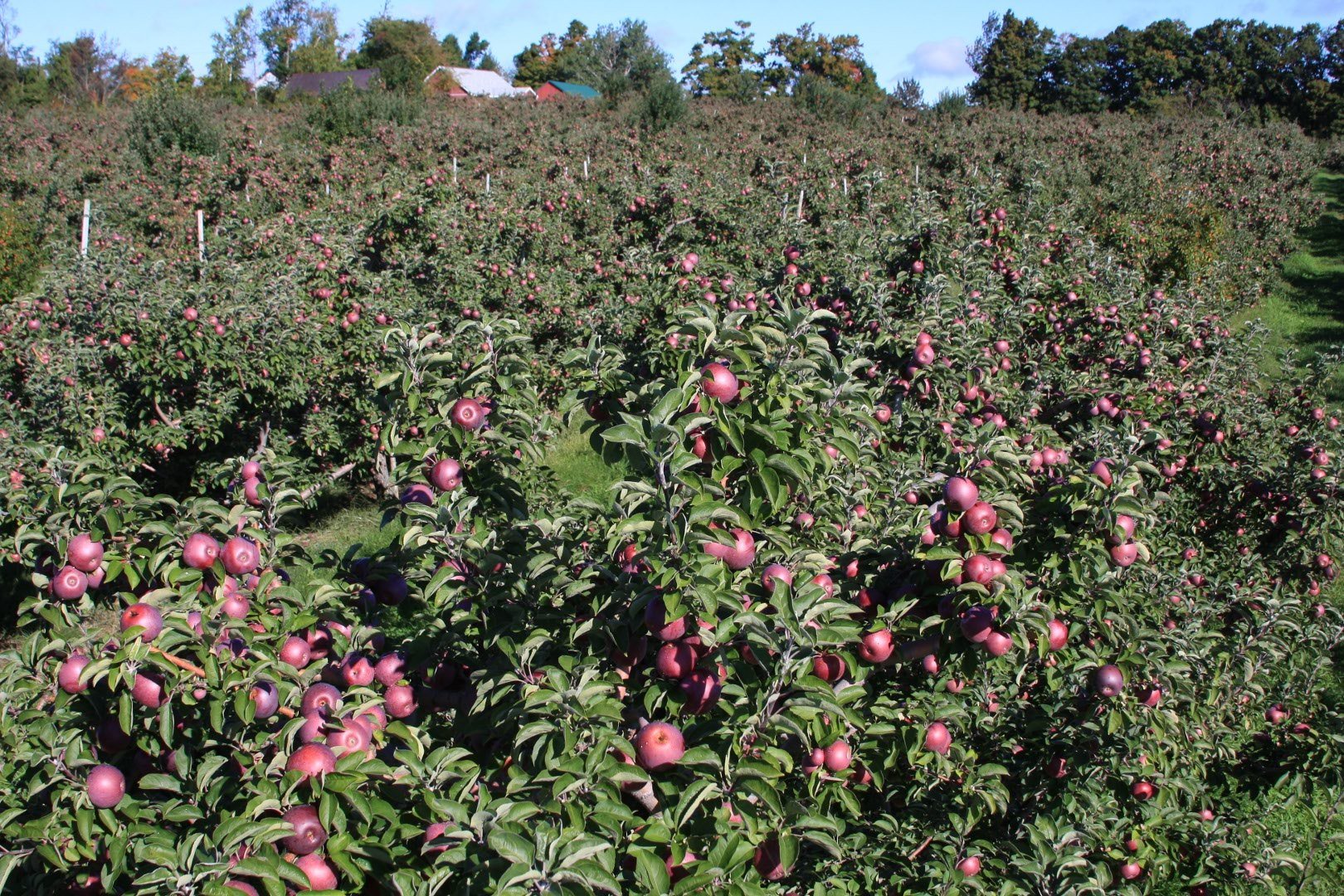 Another market avenue they have been exploring includes working with an entrepreneur who is looking to build a culinary line of traditional apple recipes, with some that date as far back as the Pilgrims. With Mountain Orchard’s traditional apple varieties, Christina sees this as a potentially exciting collaboration in the future.

Last year Mountain Orchard began doing pick-your-own apples, another service that they found benefitted their community, especially during COVID-19. Christina states that, “People wanted to get out and do something and this was one of the few things they could do.”

This fall Mountain Orchard will begin their second season of PYO apples that will run weekends throughout September and October. To learn more, check out their website Mountain Orchard – Granville Massachusetts.