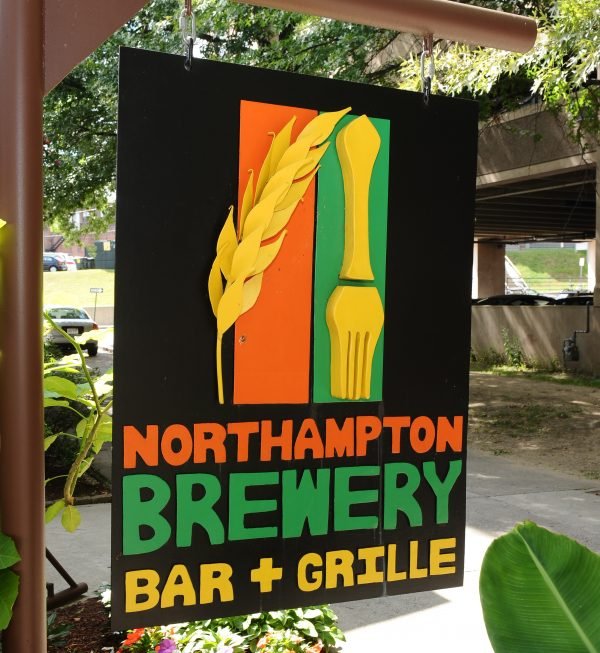 The Northampton Brewery is the perfect place to grab some delicious American fare, featuring fresh ingredients sourced locally. Chef Nate Wagner and General Manager Abby Martin have both worked their way up, with Nate starting out while still a student ten years ago, and Abby starting out as waitstaff. Having both worked in a variety of roles at the Brewery, they know how much local connections mean to the staff: “The servers like to talk to customers about where we get our food — they’re knowlegable and proud!”

“Local is important with anything, not just food,” says Chef Nate. “It’s all about keeping it in the community.”

Chef Nate and General Manger Abby agree: they love working in a restaurant where everything is made fresh! Nate also highlights the community connections at the restaurant — from a weekly fundraiser and live music to the kitchen’s connections to local farmers and distributors, Northampton Brewery is firmly rooted in the Pioneer Valley. 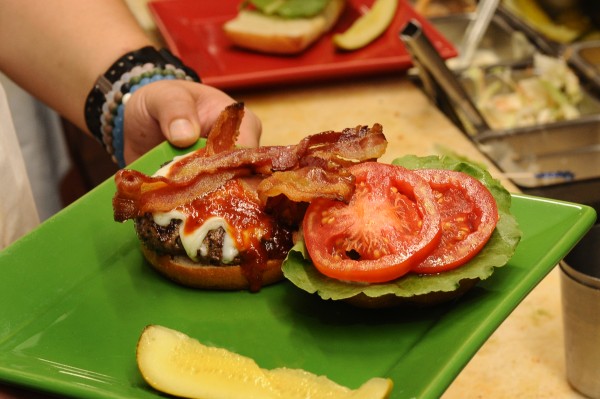 Chef Nate especially likes working with local butternut squash: “It’s versatile and works in sweet and savory dishes. We’ve even made a cheesecake out of it!”

A reason to come to the Northampton Brewery:

Every Tuesday is Community Pint Night, so when you order a pint of hand-crafted beer, you receive a twenty five cent token that you can donate to one of three worthy charities.

The Northampton Brewery is the oldest operating brew pub in New England!

Story: Farmer Rafe grows food at J.O.E.’s Farm exclusively for the Northampton Brewery. Grown right in Williamsburg, farm produce only has to travel ten miles to get into the hands of Chef Nate Wagner. Produce is harvested at peak freshness, is biodiverse, varied, nutritionally dense, and is grown with zero pesticides. The farm uses sustainable growing methods that are consistent with their ecologically friendly values.