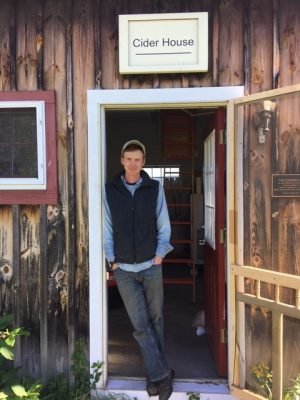 When what is now the Northfield Mount Hermon (NMH) Farm was first established in the 1880s at the Mount Hermon School for Boys, it served as a practical solution to feeding hundreds of students who lived at a residential school miles north of the closest train station. Back then, students trekked down to the barn dressed in their white milking uniforms every morning at 5:30 am. Well before their first class of the day, they milked the entire herd of Holstein cows by hand. In that era, farm work was familiar to the students at NMH – many had grown up on a farm and nearly all the others had at least one relative with a farm. On a recent sunny autumn morning, Jake Morrow, the present-day farm director at the Northfield Mount Hermon Farm, explained to me that things have changed. Many of his students had never even set foot on a farm before their arrival at the school, much less milked a cow by hand. “On the first day, we go out to get our draft horse Abe from the pasture—he’s 18 hands and just under 2,000 pounds. That’s a whole new world for the students.”

About a third of NMH’s students work on the school’s farm at some point during their high school career. Jake views that time as an invaluable opportunity to forge a connection to the land and the work that goes into producing food. “The goal is for students to see the whole process – from seedling in the greenhouse, to planting it in the field, to harvesting it to washing it to putting it in the truck and taking it in through the loading dock to the dining hall.” Students are exposed to many different types of agriculture, from growing vegetables to making apple cider and maple syrup to raising pigs and cows. “We’re teaching students not only about agriculture in general but also about where food comes from. We are all familiar with the last stage of food production, but these earlier stages are veiled by our food system. When students come to the farm, it removes that veil and they can start to see where food begins.”

All season long Jake and his students send spinach, lettuce, arugula, kale, tomatoes, cucumbers, peppers, zucchini, squash, and more to the dining hall. For a farmer, Jake points out that dining services is a dream customer. “We get to directly collaborate with chefs every day who really care about what they’re doing.” Better yet, sending the food to the dining hall means that the students working on the farm get to deliver the food in the morning and then taste the fruits of their labor that very day at lunch and dinner. Jake explains, “The primary thing we’re trying to cultivate here is not vegetables or livestock or cider, it’s the community’s connection with the land and with the farm.”

Jake works to keep the farm productive and efficient, but the volume of a harvest isn’t his only bottom line. Earlier this year, while feeling disappointed that the farm had lost a bed of cabbage to pesky cabbage loopers, Jake took a step back and reflected, “Okay, we didn’t get many cabbages, that’s too bad. On the other hand, students did a lot of work in that field. They had the experience of starting those plants in the greenhouse, then transplanting them into the field, and then weeding them. That right there is our product. People ask if it’s an educational farm or a production farm, to which I answer: ‘Yes!’ Those two goals mutually reinforce each other.” 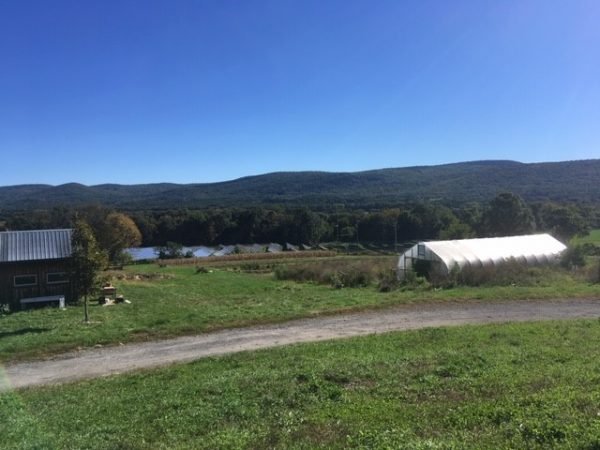 Beyond working with students, Jake and the team on the farm deeply value caring for the land. Although the farm no longer features the large dairy it once did, Jake sees his livestock as playing an essential role. “They go out to these fields that might be rocky and sloped and they can harvest solar energy in the form of grass and then when they come into the barn for half of the day, we can harvest that energy in the form of their manure. Thinkers like Aldo Leopold, Sir Albert Howard, and other agricultural leaders said that farming has to reflect the native landscape of the area. Most of the land is in grass, and then there’s some carefully managed cultivated ground where we grow vegetables. We compost the animals’ manure and use that on the vegetable fields. There’s a flow of energy from sun to pasture to cows to composting to vegetables and ultimately to the dining hall.”

It’s been well over a century since the farm was founded, and in those years, it has evolved many times. Jake thinks of the farm like an apple tree. “This farm is dynamic and changing all the time. We’re always looking carefully and pruning off a piece here or there while branching off into new places.” Amidst this ever-changing environment, one thing remains constant on the farm: a belief that farm work is an opportunity to broaden a student’s understanding of the world. As Jake explains, “We have this cultural idea that there are two types of work in the world, physical work and intellectual work, and that the two never cross. That is false. There is so much work in the world that feeds and draws on both the mind and body. Farming is chief among that work. I want students to come down here and understand that farming involves a lot of skill. I want to confuse that notion that there’s a separation between physical and intellectual work.”