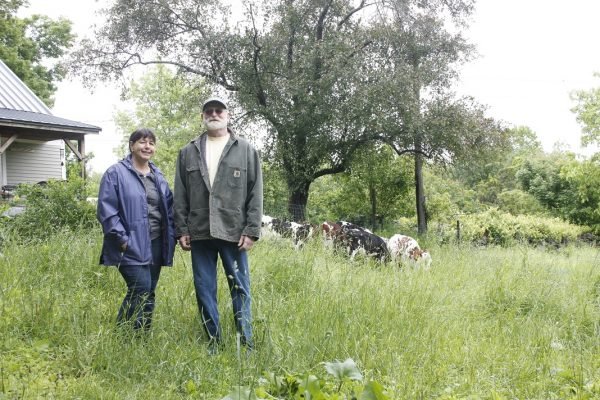 Robinson Farm was established in 1892 just outside of Hardwick’s town center, north of Ware and adjacent to the beautiful Quabbin Reservoir. It’s run by fourth-generation dairy farmer Ray Robinson and his wife Pamela. Originally a conventional dairy farm, Ray and Pam were inspired by their daughter Gina to transition their business towards raw, organic, grass-fed milk, beginning in 2003—this meant reducing the size of their herd from 100 cows down to 50, the number their 88 acres of pasture could support.

Around 2008, Ray and Pam switched their focus to cheese production, which now makes up the bulk of their business. After taking classes at the Vermont Institute of Artisan Cheese, they started making cheese at home: first in the kitchen, then in the laundry room, and eventually in their own cheesemaking facility on the farm. All of their cheeses are aged for at least 60 days, and some are aged up to a year. They closely follow a traditional cheesemaking technique called “affinage,” which involves carefully washing and turning the cheese wheels as they age. All of their cheeses are made from their own raw, grass-fed milk, which Ray and Pam believe imparts a rich flavor to them. 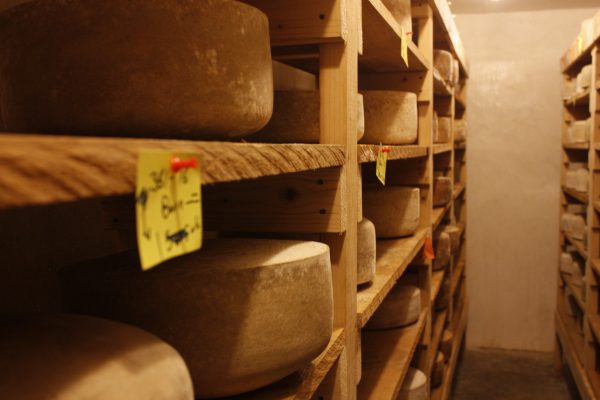 Ray and Pam face some particular challenges producing raw, grass-fed milk: they can’t sell their milk wholesale, which is part of the reason they pursued cheese production, and they are more dependent on the weather, since they graze their cows rather than giving them conventional feed. Last year’s drought was so severe that they were forced to feed their cows hay during the months of July and August, normally the high season in dairy production. But for all of their hard work, they’re happy with the role they’ve taken on in the local dairy scene; there are far fewer raw, grass-fed dairy farms in Massachusetts than there once were. Their cheese is sold across the state, from the Boston Public Market to the River Valley Coop in Northampton.

Besides raw milk and cheeses, their farm stand sells Robinson Farm eggs, as well as pork, beef, and maple syrup from nearby farms, locally roasted coffee, and Sidehill Farms yogurt. Their chickens, like their cows, are organic and free-roaming. Most of their customers come to their farm stand for the raw milk, which many can’t easily get elsewhere—some come all the way from Boston! The stand is open daily all year-round; 7am – 7pm from April to October, and 7am to 6pm from November until March. Tours of the farm are also available by appointment.