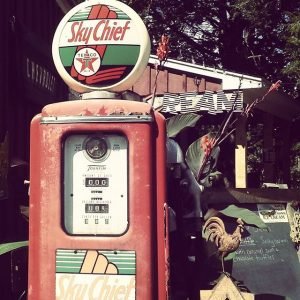 Cindy Bellerose is the owner and operator of the Apple Place in East Longmeadow, a charming, family-friendly establishment that offers over 75 varieties of apples, including many hard to find heirlooms like Wolf River, Baldwin, and Wine Sap. The Apple Place isn’t just an orchard. When you pull in the driveway, you notice the outdoor bakery, ice cream shop, and a gift shop filled with what Cindy refers to as “brick-a-brack.” At the end of the driveway, there’s a pen in a shaded patch of grass where two baby pigs are tumbling over one another, fighting for the softest spot. Horses belonging to Cindy’s sister romp through the fields on the opposite end of the property, and a few couples relax in the patio area eating Maple Valley ice cream. According to Cindy, “The Apple Place provides an old-timey family destination where people can go that’s peaceful,” and I can tell right away I’d be happy spending the entire afternoon here.

Cindy grew up surrounded by apples. Her father made a living growing apples on a small piece of land in Springfield and Cindy was involved from a young age helping her father with the business. As developers bought up all the surrounding farmland in Springfield, the family decided to move the orchard to East Longmeadow. Cindy is a graduate of Johnson and Wales University, and she ran her own breakfast and lunch spot in Springfield for several years before deciding to sell it and devote her energies to the family farm. Cindy uses her culinary training in the bakery she established at the farm, turning out scratch-made pies, muffins, scones, bread pudding, cookies, donuts and all manner of delicious baked goods. The donuts and bread pudding are customer favorites at the Apple Place, while I can personally vouch for the blueberry muffins and raspberry cream cheese croissants.  Cindy hopes to one day open a soup shack near the bakery and make homemade soups like she used to do when she ran the restaurant.

The Apple Place is made up of 15 ½ acres of land, 2 of which are devoted to apple trees. She uses Integrated Pest Management practices on her apples, which is a low-pesticide system that addresses pest problems only when they arise and in isolated areas. Cindy is also experimenting with a new pruning method that relies on metal framing that carries the weight of the branches in a more upward direction, as opposed to pulling them to the ground where they spread out and take up a lot of space. This method has so far resulted in increased growing efficiency, greater exposure to sunlight, and an easier time mowing and irrigating. It gives a more manicured look to the orchard, but more importantly, Cindy believes, the fruit turns out much better using this method. It’s been an important change, since pruning is quite a task; happening between January and March, it took four hours to prune just a single tree using the old method.

While running a small business is never without challenges, growing apples seems to be in Cindy’s blood. She’s good at it and it has become her passion. Currently she sells fruit right from the farm and also sells apples to the schools in East Longmeadow. She has established a good relationship with the surrounding farms; she gets her apples pressed for cider at Bashista Orchards in Easthampton and sells vegetables grown at Little Oaks farm in Wilbraham and Squire Farm in East Longmeadow at her farm stand.

As far as fall activities in the Pioneer Valley go, The Apple Place’s Fall Festival on October 17th should be a high priority. There you’ll find a great many kid friendly activities, including balloon animals and face painting. Or simply plan on stopping in on the weekend for an apple tasting or to pick up all your favorite baked treats. The Apple Place is bound to become one of your favorite destinations in the area.