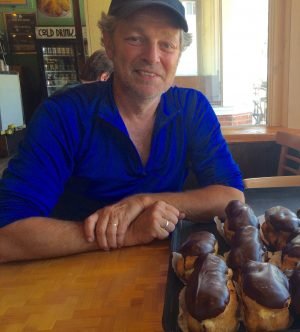 “Anything we can do to disconnect ourselves from the agribusiness petroleum cartels is the right thing to do.” -Nick Searmon

Nick Seamon opened The Black Sheep Deli in 1986. In addition to his passion for creating fresh, quality food, Nick also hoped to build a business that would give back to its community. Today, that commitment to reciprocity is evident in how The Black Sheep plays host to various meeting groups, actively donates to community efforts, and buys locally grown food to support the local economy and for environmental reasons. He notes that synthetic fertilizers, the heavy use of pesticides and machinery, and long transportation routes all rely on fossil fuels, which he’d rather not support. He’s much happier working with Mapleline Farm, whose agricultural and environmental practices he’s proud to support at The Black Sheep.

The benefits of buying local:

To reduce the deli’s dependence on fossil fuels, Nick buys all his milk, half and half, and heavy cream from Mapleline Farm. This both reduces the amount of fuel needed for transport, since the farm is mere miles away in Hadley, and allows Nick to support Mapleline’s sustainability efforts. He uses their products to cook, bake, and stock the coffee station.

“I love having the freedom to get creative in the kitchen!” 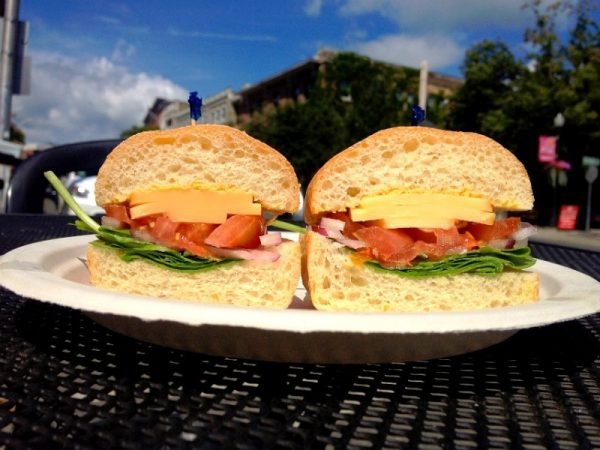 A reason to come to The Black Sheep Deli

“Join us every weekend for live music—or stop in any time to see what else is going on!”

Nick also runs Black Sheep Farm in Leverett, which provides the deli with as much produce as possible. 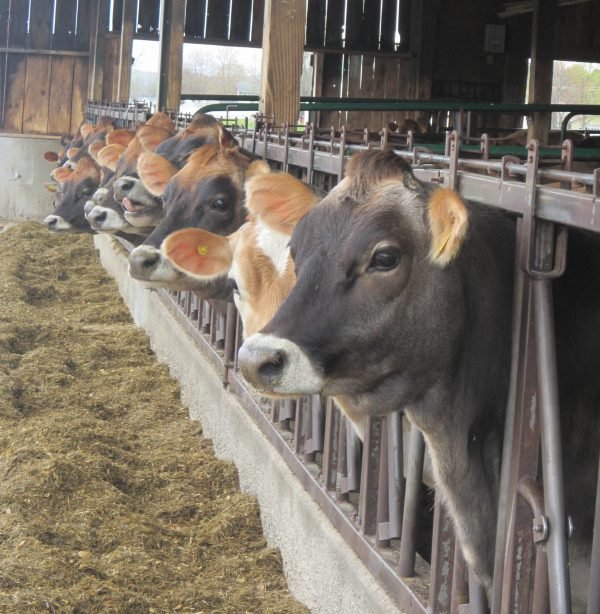 Story: Mapleline Farm is a family- owned and -operated dairy farm that was started in 1904 and is currently milking a nationally recognized herd of Jersey cows. Mapleline is committed to preserving farmland for future generations and building a sustainable business model. Their commitment to the environment has inspired them to use energy-efficient lighting and cooling systems and produce about 150kW of solar power for their operations. Mapleline’s milk can be found in retail outlets throughout Massachusetts.