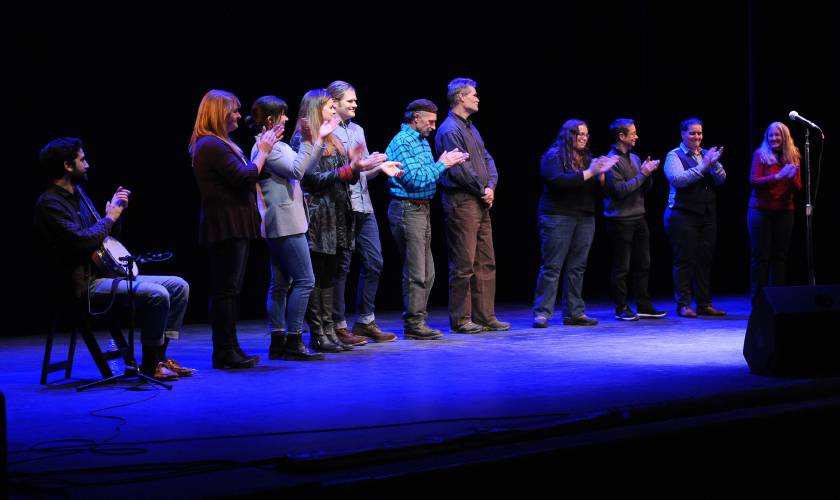 NORTHAMPTON — Franklin County farmers are among 10 who will share their stories during “Field Notes” at Northampton’s Academy of Music on Sunday.

The second annual event, which is organized by CISA (Community Involved in Sustaining Agriculture) of South Deerfield, will see farmers, chefs and community members take to the stage to share true stories from their life experiences from 2 to 4 p.m.

“By popular demand, Field Notes is back for a second year,” said Philip Korman, CISA’s executive director. “We’re thrilled to share some of the stories we hear every day at CISA. This event provides a chance for farmers, chefs and others to share their local food and farm stories, and for the community to get a personal glimpse into the storytellers’ lives.”

Ten storytellers were selected from a pool of submissions, according to a CISA press release. The resulting performances include: how to tame a pack of feral goats, MacGyver’s influence in an on-farm pinch and how a community garden gave life new purpose.

Christopher “Monte” Belmonte from WRSI/The River will host. All proceeds from Field Notes will support CISA’s Local Food For All initiatives, which increase access to local food for low-income community members, the release states.

Tickets for Field Notes are $15 and are available at the Academy of Music box office and online at aomtheatre.com.