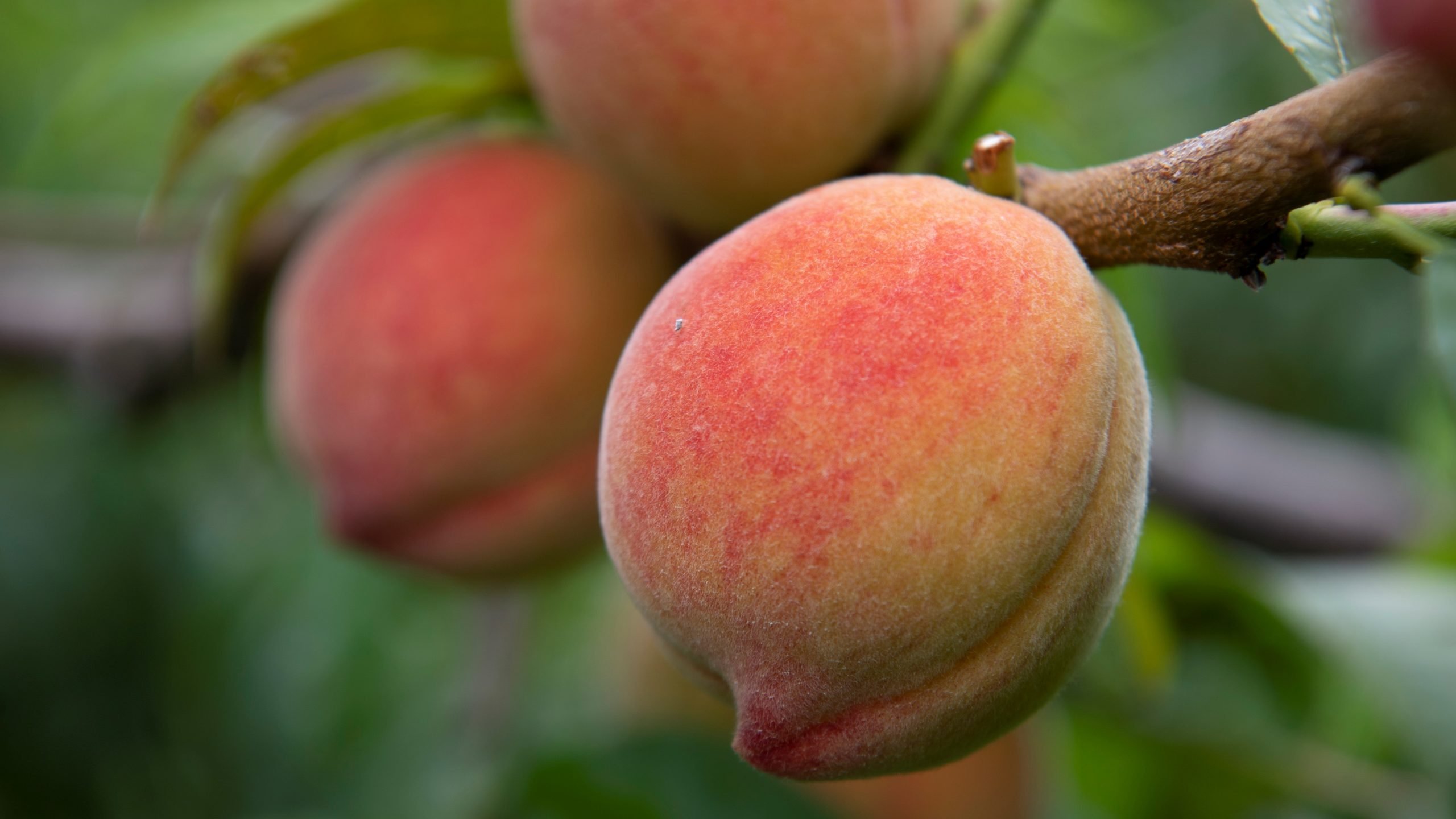 ‘With farming, you have to be adaptable, or you don’t survive,” says Collin Scott, who together with his wife, Laura, runs E& J Scott Orchards in Buckland. “Nothing stays constant, so you have to roll with it.”

This is especially the case for hilltown farms like theirs, set on sloping terrain that makes every piece of their property a little different. Add shifting economic trends, changes in climate patterns, and a pandemic to boot, there’s a lot to juggle. Yet they persevere, even as the magnitude of all this variability seems to be increasing.

“We’ve got over 200 very hilly acres here in Buckland,” Scott says, “which is good for growing some crops and not others. We’ve got stone fruit, apples and hay land wherever we can get a tractor on it. On the rest, we log some to sell firewood or graze the cows.”

The farm is named for Collin’s parents, Edward and Janice. Apples were their main crop, historically, and currently cover 15 acres. A small but mighty 2½ acres grow summer fruit crops, many of which are in season now. “We’ve got apricots, plumcots (a cross of an apricot and a plum), peaches, nectarines, Japanese plums, and European plums, and about 120 blueberry bushes,” Scott says.

Most of these are sold at E& J Scott Orchard’s three farm stand locations, a tradition dating back to when Collin’s parents began farming the land.

“My mother ran a roadside stand ever since they started back in 1954,” Scott says. “We still have our main farm stand right on Conway road in Ashfield where my mom and dad lived — my sister runs that — and now we also have stands here at the farm in Buckland and out in Goshen.”

This week at the stands, “the cherries just finished, the blueberries are just starting, and soon we’ll roll into the early peaches and nectarines,” Scott says. They also sell their own apples, cider, and duck and chicken eggs. “People love the duck eggs for baking,” he says. “They’re really high in protein.”

It was eggs, Scott says, that first signaled the chaos the COVID pandemic would bring to the food system. They have a small laying flock of about 20 ducks and 40 chickens that usually supplies enough eggs for their main Ashfield stand. But in spring of 2020, “we were buying eggs from every farm we could to keep the shelves stocked,” he says. “We had people coming up from Springfield, to buy for their family and other families.”

It was a similar story with their cattle. E& J Scott Orchards raises Irish Dexters that they sell by the animal, mostly to other farms to replace breeding stock. “It’s a good use for the land we can’t grow fruit on, and gives us a little more income,” Scott explains. Last year as fear of meat shortages mounted, he says, “we could sell any animal we wanted to.”

Up close, the pandemic food supply shortages were a minor boon for the local farmers who had food to sell when others didn’t. But from a broader perspective, increased volatility in food supply chains makes the futures of both farmers and eaters much less certain.

“For years people have taken for granted that food will be on the shelves when they want it,” Scott says. “COVID got people to notice where they got their food from, and how fragile our food supply can be.”

In E& J’s case, they adapted to the situation as best they could, refitting their farm stand to be self-serve and hoping, as they do now, that our collective experience with large-scale food uncertainty will lead to greater support for a strong local food system.

Says Scott, “I think people got into the habit of coming to the stand for fresh produce, and started noticing that the fresh stuff, locally grown, was a little better quality.”

“You rarely used to see a 70 degree day in February,” Scott says, “but now that happens, and the trees think it’s time to get started.” When flowers form so early in the season, they’re very vulnerable to ‘freezing out’, as Scott calls it — when a cold snap destroys the nascent buds and the promise of any harvest to come. In 2016, just such an event wiped out around 90% of the peach crop in New England.

“Our farm went more than 40 years without freezing out,” Scott recalls, “but since the ‘90s we’ve lost the majority of our apple crop four different years. I don’t know whether it’s manmade or mother nature, but the weather pattern is changing. And anyone around here will tell you the same thing. It’s totally different now than it was 40 years ago.

“Between the weather changing and new diseases and new pests coming in from around the world, farming isn’t the same as when I was growing up.”

So of course they’ve adapted, growing new varieties that ripen at different times or have greater disease resistance. They’re even adjusting where they plant trees on the property to deal with the new normal.

“We’re putting all of our stone fruit up on the north slope now,” he says. “They don’t get as much fluctuation in February and March, and it seems to hold them back from budding too early. That’s about the best I can do.”

“Another thing I’ve worked hard on is supporting the native bumblebee population,” he says. As honeybees continue to struggle with disease, he prizes them as reliable pollinators. “They work hard and work late, out in the elements,” he says. “I like them.”

At the end of the day, it’s the ability of local farms like E& J Scott Orchards to adapt that keeps sweet summer produce throughout the Valley. To see other farms and farm stands near you with fresh local produce this summer, visit buylocalfood.org/ find-it-locally.