Hilltown traditions, with a modern twist

‘When people think about farming, a lot of specific imagery may come to mind,” says Miana Hoyt Dawson of Pause and Pivot Farm in Williamsburg. “We’re probably the opposite of that.”

For one, soil and sunlight have nothing to do with it, as their main crops of greens and salad veggies are grown hydroponically inside a large “container farm.” Her husband Terry Dawson’s woodworking space has the sensibilities and slick tools of an engineering shop. But despite the modern appearances, the couple’s desire is one shared by generations of hilltown farmers – to provide for their neighbors. 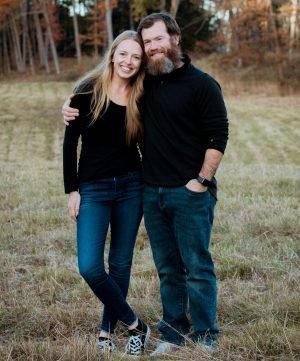 “We’ve been living in Williamsburg for over 10 years now,” says Hoyt Dawson, “and we’ve fallen in love with this community and the land we’re on – one of the original farms in town.”

Growing food there again had long been a dream, but for years it sat on the back burner. Their focus remained on other careers (Miana’s in corporate marketing and Terry’s in specialized engineering) and raising a family, which together consumed their time and energy.

For a while that formula worked, but as their family grew and work brought more travel and higher stakes, it became strained. They realized a desire for work with tangible outcomes, rooted in community. And then, the great pause set their pivot into motion.

“COVID happened, and we asked ourselves ‘why are we waiting?’” Hoyt Dawson explains. “We had to move a lot of things around in our lives, but we decided to act on that dream, and to show our kids, if something’s not working for you, you’re not resigned to it. Make a change.”

The next decision: what to grow? “We’re incredibly fortunate there are so many great farms in our area,” Hoyt Dawson observes. “So where are the gaps?” 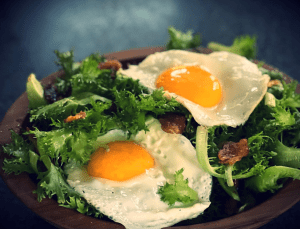 They settled on growing greens indoors, year-round. Though more and more farms are harvesting greens throughout the winter, they felt the market was far from saturated, especially in their corner of the hilltowns. Plus, they had already grown lettuce hydroponically in their basement, feeling “the magic of having local lettuce in the deep winter,” as Hoyt Dawson puts it. They took that, and they built on it.

Growing hydroponically means growing without soil, and this takes many forms depending on the farmer’s goals and technology used. Sometimes plants’ roots are suspended in water, sometimes a sterile growing medium. Many systems are indoors. Some use specialized grow lights while others rely on natural sunlight.

By divorcing plants from the soil and other natural elements, farmers can gain more control over growing conditions, or grow in urban environments or places without good soil. But doing so puts them on the hook for providing services that the soil and mother nature would otherwise offer, like water, nutrients, and balancing pests and disease. 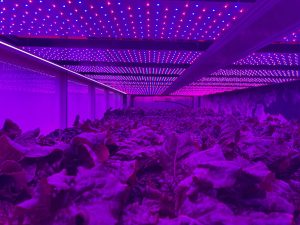 Pause and Pivot Farm’s hydroponic system spreads vertically across four walls inside their container. Each wall has many levels of shelving containing foam-lined channels with a sponge-like felt material running down the center. Veggie seeds are first planted into small plugs of coconut coir, a fibrous material that comes from a coconut’s outer husk. Once established, these plugs are planted into the rows of felt, where they’re fed precise amounts of nutrient-rich water on a drip.

Soil or no soil, it’s still farming. Even with a pre-built system and a co-farmer with engineering experience, they’ve learned to expect the unexpected. “We’ve probably gone through every man-made challenge we could’ve caused,” Hoyt Dawson laughs. “But we’ve really gotten to know the system and dialed in the process.”

They started by growing the basics, but now are exploring what their system can produce. For greens, “we grow head lettuce, salad mixes, spicy greens and cooking greens as well,” she says. Herbs too, and even breakfast radishes and other tender root veggies. 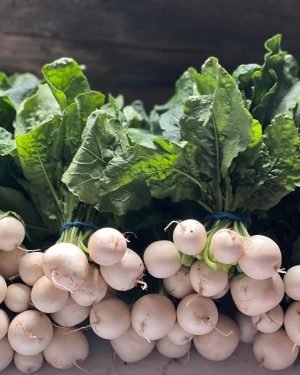 “My favorite are hakurei turnips, these small salad turnips,” she adds. “They’re so sweet – different from how they’d taste grown outdoors in the summertime, for some reason.”

This time of year, Pause and Pivot Farm sells everything through their online store at www.pausepivotfarm.com. Produce can be ordered a la carte or through two sizes of 12-week subscriptions, with on-farm pick up or delivery each week.

“The bulk of what we’re selling through the winter are those subscriptions,” Hoyt Dawson explains. Last summer they also sold to local chefs and partnered with the Hilltown Mobile Farmers Market to sell their greens on their weekly route. Their longest marketing partner has been Oliver’s Farm Stand in Goshen.

“The owner, Ruby Hutt, has really grown the business during COVID, and it’s become very important to our community in the hilltowns,” Hoyt Dawson says. “She was willing to buy some of the more off-beat vegetables we were growing, like microgreens or wasabi arugula, and give us feedback on what worked. For us as a new business, that was so helpful.” 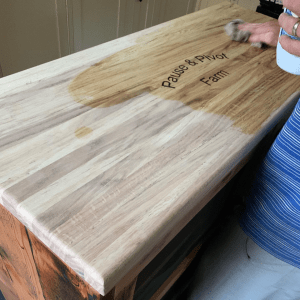 Hoyt Dawson and Hutt also co-planned “Oliver and Friends’ Season Celebration” last September, bringing together hilltown farmers and makers for a day of community festivity. Events like these are where Terry Dawson sells most of his woodworking creations, though customers can also schedule shop visits and inquire about custom projects.

“This is the way we like to do business,” Hoyt Dawson says, “and you can only do it this personally working on a local scale.”

“Woodworking and growing food are two traditions that historically were cornerstones of small communities like ours,” she adds. “What we’re doing now uses modern technology, but our goal is to provide those same traditional services.”

To learn more about Pause and Pivot Farm, and other farms growing food all year round, visit buylocalfood.org/find-it-locally